What? My vid stops 15 mins in? That ain't right. The .mov file I have here goes on for longer than that, I checked. And just checked again. It's 21m 34s.
Perhaps the dropbox viewer is inhibiting it? That would mean you'd be able to see the whole if you actually downloaded the file.

...yeah, maybe next time it takes over 15 mins I'll just upload it to youtube instead...

Freshbite wrote:I would've recorded it all like this, but it turns out I couldn't

And subsequently the rest of the commentary too.

Haha, yeah. I was thinking of doing all of my recordings in such a distorted voice, so as to not reveal my actual one. I was a bit overconfident in my ability to growl, I guess.

Also, I'm going to leave this here aswell so that it doesn't drown. 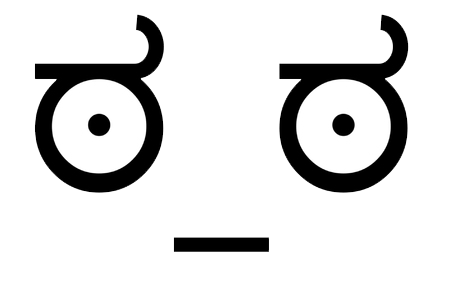 Edit: Yeah it was an auto-drop on the cube that opens the last door. Fixed now. If you delete and re-"subscribe" to the level it will be different. Re-shoot? Please?

On it, bossfellow! (Anyone even get that reference?)

Edit: Recorded, finishing up now... Program's giving me trouble though.
Edit2: Played around with the audio levels a bit. Hope they're okay now. Currently exporting.
Wow, this is overheating my machine.
I guess a laptop isn't the best tool for video editing... desktop isn't quite ready for use yet though, still have to set it up from the moving house thing.
Edit3: Success! I think. Currently uploading to dropbox as I watch an old Avatar episode.
Also I'm making arbitrary updates to pass the time.
Editanotherone:
Okay!

Here it is then.

Final edit:
Finally managed to export Multilinear, but really had to cut some corners and change some design bits, which I ain't happy about. But the core of the map is pretty much the same anyway, so yar.
I challenge thee all:
Multilinear0.5
Top

Haha, loved your playthrough. I kind of picture you as Assaultman's new pet [...]

I've been feeding him/her every day now for a week and he/she has been letting me get closer and closer. 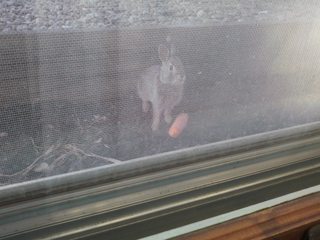 [...] Slowly getting closer and closer to the Wolfire Community. Love it.

I will give your other level a go in about 14 hours or so.
Gotta catch me some major sleep first...

I'm glad to see that you enjoyed yourself while playing the level.

Wait what? I'm a pet now? But I've always been here D:
Top

Yeah, you've always lived around the Wolfire house. Occasionally peeking about, leaving some footprints that reveals your presence. Not until now, though, you have actually revealed yourself to the household members.

Liar! I have *always* been around to steal the biscuits!

Also, you owe me a playthrough.
Top

I guess I do. I ran into a bit of trouble today however. My neighbor suddenly decided to RAVE THE FUCK out of this building, and I could not get a calm moment... I'll try again tomorrow though. I have yet to actually play the map so it will still be a blind playthrough.

Also, have this thread sort of... died?
Or is everyone busy making as devious maps as possible... ?
Top

Oops. I'd sort of been avoiding this thread until I had time to check out some other people's maps and update my own, but since I haven't, I figured I should respond to Freshbite's feedback <3

Cheeseness wrote:I've published three maps so far.
Jump Test (this was my first map. Some of the jump trajectories are too close to the ceiling here at the moment - you're not meant to be able to die until you're on the light bridge)

Solved. It isn't really any problem if you remember to crouch in mid-air.

Cheers. That helps me know how much I need to drop things down by

I've updated this one and lowered all the jump trajectories. I also added in two hidden things :3

Cheeseness wrote:Timing (this is the one I'm most happy with)

Solved. It's really easy though. VIDEO

Oooher, a video :3
It's meant to be a pretty simple map. The challenge (if any) should in this map be in finding a solution rather than execution.

Cheeseness wrote:Tedium (a much larger map, which needs a few fixes to prevent test subjects from creating annoying situations)

It appeared to break for me. Every time I play, two of the laser-cubes stack onto each other in one of the vents... It's weird. I can't get out either of them. Resetting the vent doesn't work either. They just... float there.

Woah, that is weird. That's never happened to me. I've updated it with redesigned drop chambers and adjusted lifts (so that you can't fall down their shafts anymore). It feels heaps more polished now

I played Sed's "escape v2", and found it to be enjoyable, making use of a variety of techniques.

I played SteelRaven7's "In Phase" as well. It was nicely challenging, though pretty unforgiving in certain spots (if you've painted too much red, it's impossible to drop down onto the faith plate, requiring a restart of the map).

Ah yes, I hadn't commented on your maps, had I?
Jump test and Timing were both pretty quickly solved, and were each vaguely enjoyable in their own way.
Tedium, however, was quite brilliant, and is very adequately named.
It took me a long while to get things lined up, but I did manage to get through it first try without messing things up, which I didn't know was an issue until I came back here and read these messages.
Good map. Good name.
I hope you'll be inspired to make some more different maps, too.

Freshbite! I'm still waiting for that playthrough of Multilinear!

In the meantime, I've just made another map:
Superlinear!

Glabbit wrote:Freshbite! I'm still waiting for that playthrough of Multilinear!

Yeah, I know. I'm still waiting for my neighbors to shut the fuck up.

If you tell me where they live I could scrounge a ninja costume and take my blackened katana through their skylights o:
Top
Post Reply
115 posts