Anyone else play this awesome game?
Top

Nope. Tell me about it. I am too lazy to google.
Top

Ooh. This might interest you. Basically, you design, build, and pilot space missions. You are given a variety of different engines, fuel tanks, structural parts, various bits and pieces, different capsule sizes and uses, and everything you would need to build a rocket, and you must stick these parts together in such a way that the thrust overcomes the weight. It includes staging and decouplers, pretty damn accurate physics (to the point where the people who have astrophysics degrees actually have a legitimate advantage), and a multitude of celestial bodies, all with unique orbits, surface characteristics, and sizes. It's hard to fit everything about what makes this so awesome in a paragraph, so here's some youtube:


This is in the latest build, .17. the preorder/purchase (it's similar to OG's system) costs $18, and you get all future releases and the final. The free demo is a previous build, which has a fraction of the cool features, but is still quite fun to play in. This series is great because the guy is an actual astrophysicist, and he covers all the steps, from build to interplanetary travel. This is an awesome game.
Top

That looks pretty cool. Especially considering I was taking astronomy this semester. I'll give it a shot when have time and money to spare.
Top

An Opportunity to show off my awesome shit?!?!? 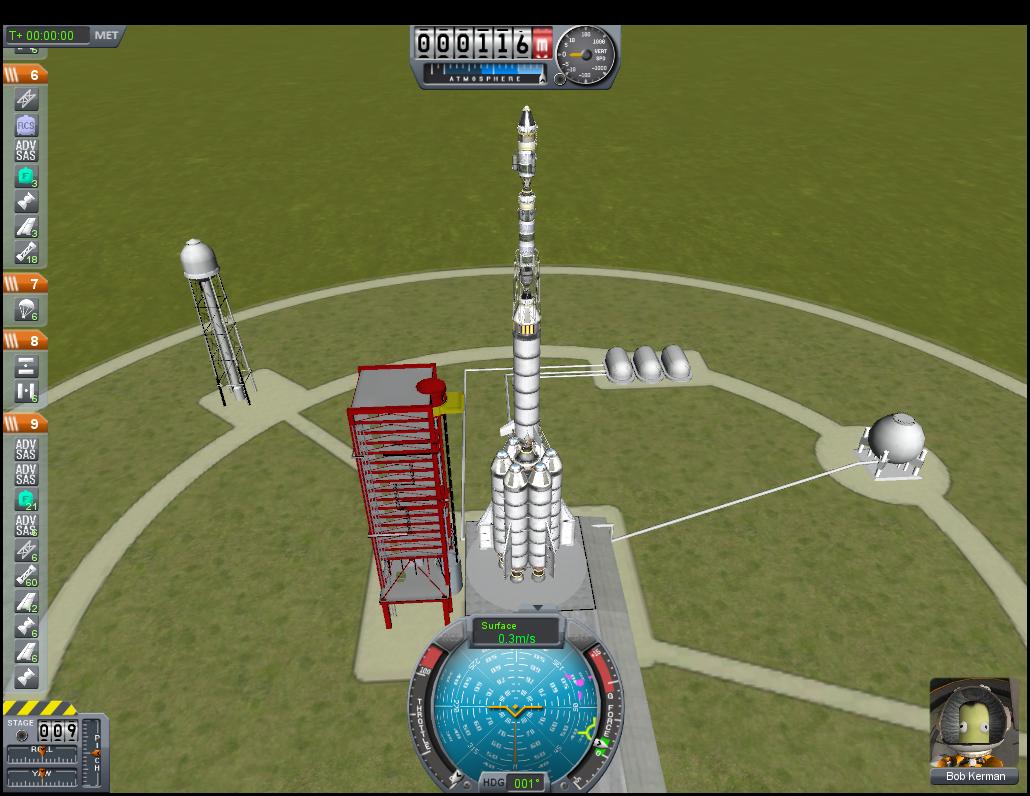 The first stage is absolutely nerveracking because it requires you to manually control the climb due to the stage being so powerful it can rip itself up in the upper atmosphere with the reduced air resistance.

It will also shake itself apart if you use SRS. 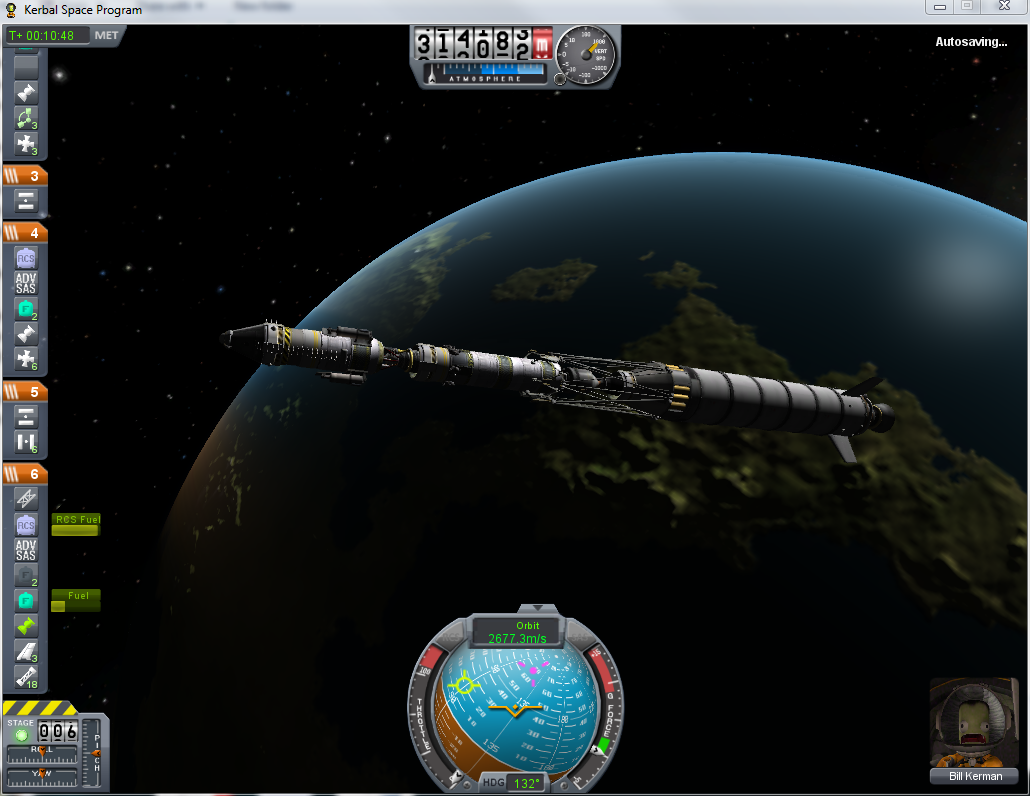 I had earlier designs but the very first stage is always the hardest to get through.

Here it is in orbit: 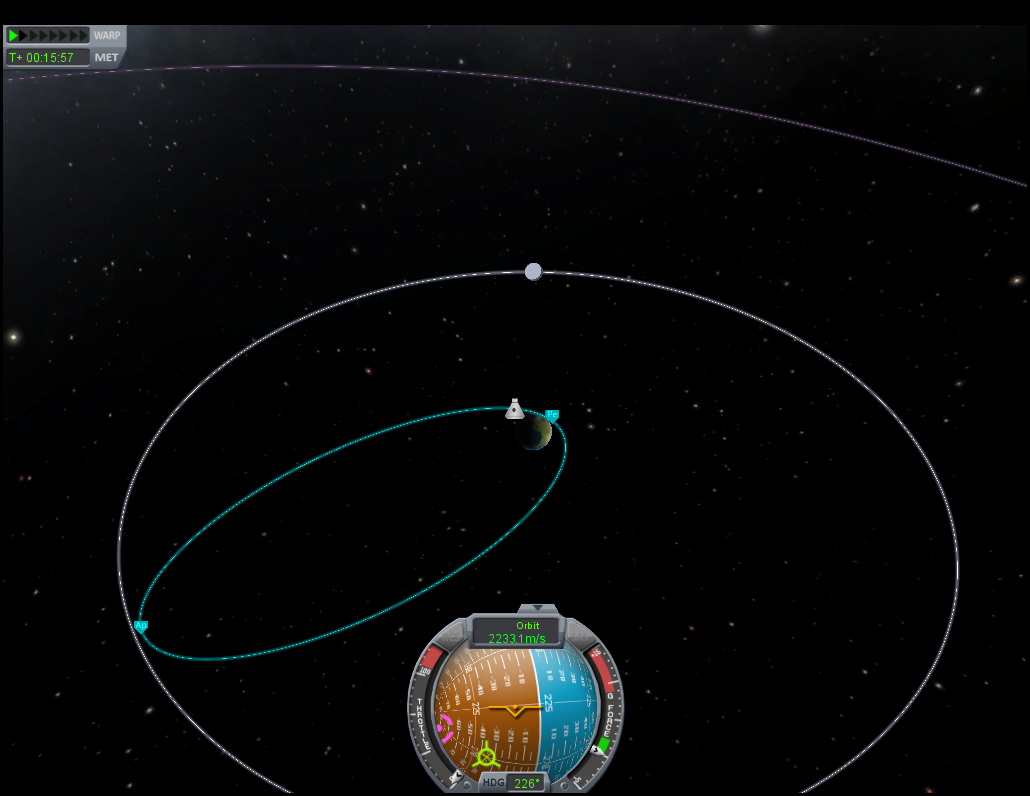 I've been trying to use the three person pod for rockets, but the sheer difference in maneuvering capability (fuel, RCS fuel, etc) I can get up into orbit is much much less.
Top

Yeah, I haven't really had that much success with the 3 person pod. I'm still getting the hang of transfers and that sort of thing; the first time I gave Duna a shot I thought I could just pick a time and go. Many attempts later, I found a calculator for that. I still haven't landed, though. My closest was about 7 million km out. I couldn't circularize, for some reason. Now I'm trying to replicate the Apollo lander, with a descent stage that you leave behind. That works fine, but I'm terrible at building launch stages still. Also that rocket looks hard as shit to steer in orbit.
Top

Jacktheawesome wrote:... Also that rocket looks hard as shit to steer in orbit.

Lots of mass behind it. I have to use RCS thrusters for everything and even then it takes a shit ton of time to rotate. You have to also take into account deacceleration which can take upwards to 5 seconds or so.

I should just add more thrusters.

So you said you were trying to land on Duna? How are you getting out there? Via Slingshot maneuvers?

The best I can do is crash into things around 15m/s.

Seriously, how do you do this sorcery?!?!
Top

This, my friend. It is literally sorcery. Basically, what you want to do is from a circular orbit around Kerbin burn out into solar orbit. The trick is burning when the planets are aligned correctly, and you're in the right spot around Kerbin. So check the angles (I just eyeball them off the website), and burn for glory. If you've done it right, when your Solar orbit reaches the orbit of another planet, there will be an encounter, and you can make adjustments to your periapsis so that you come as close to it as possible. I haven't gotten it that smoothly yet, so I've had to just shoot in the dark for encounters on other points in the orbit, which means half my fuel, which means I can't land or get captured properly. It's hard 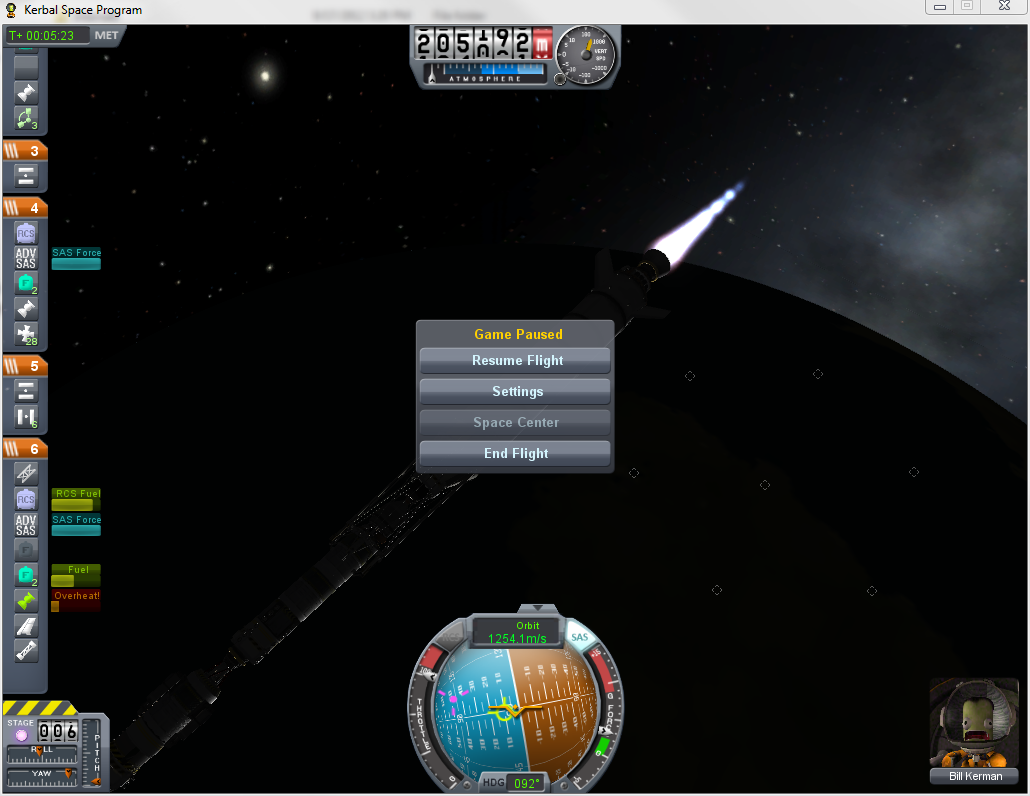 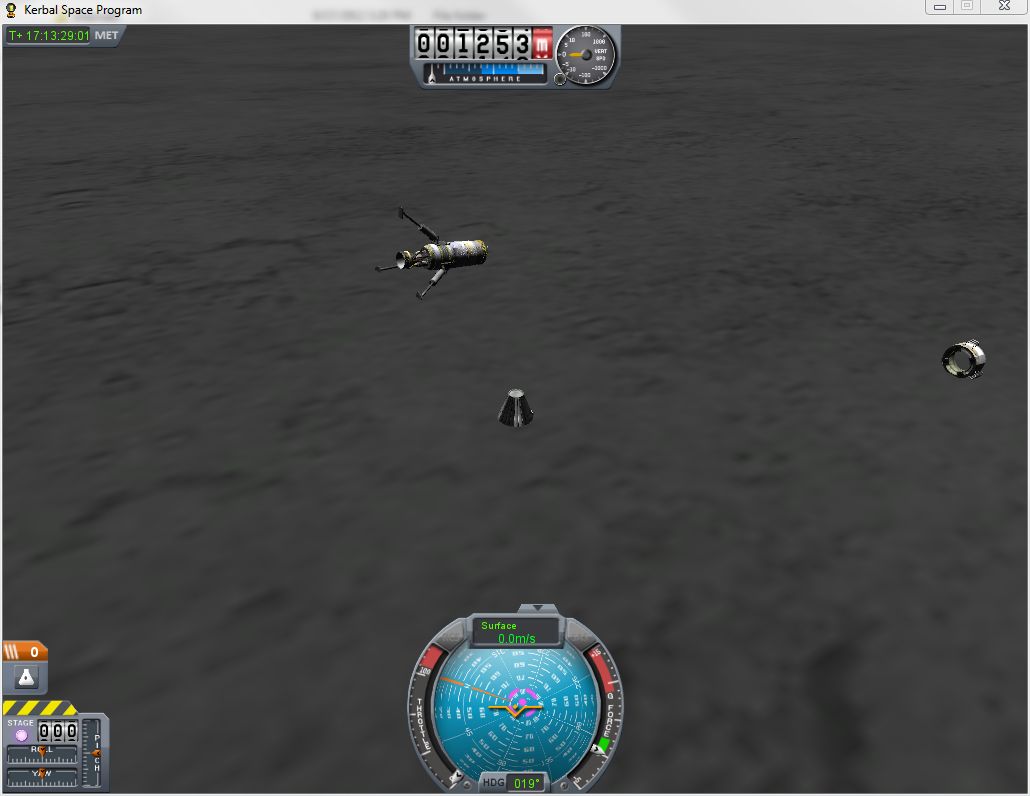 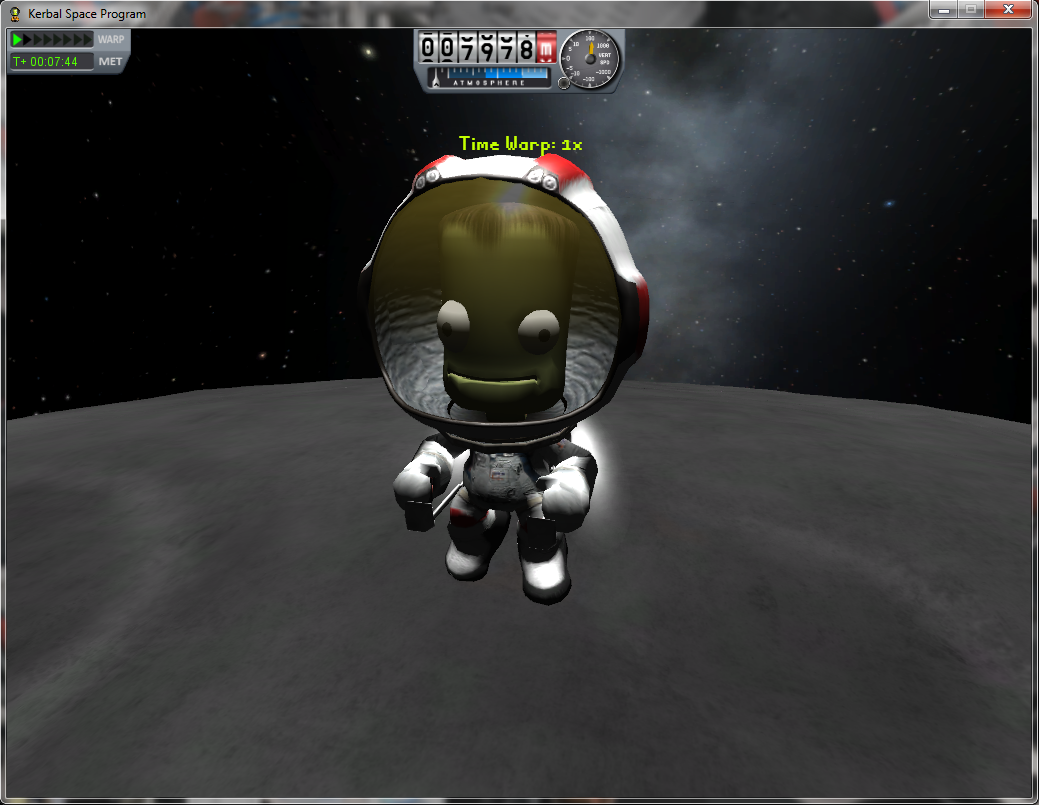 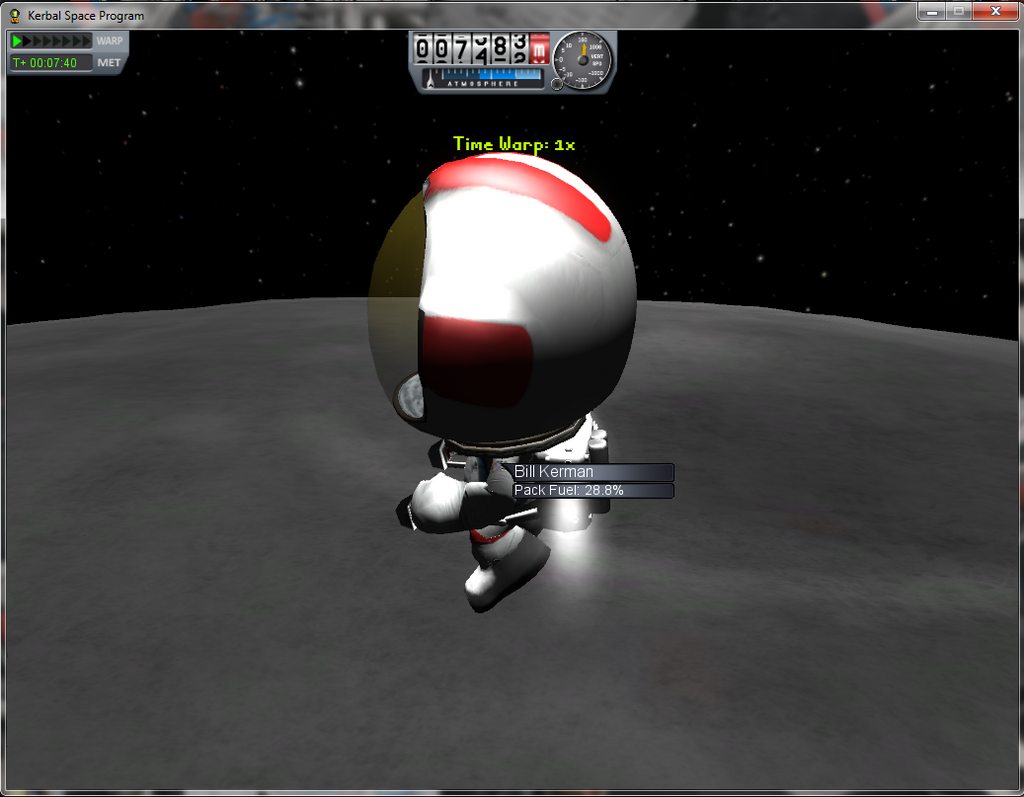 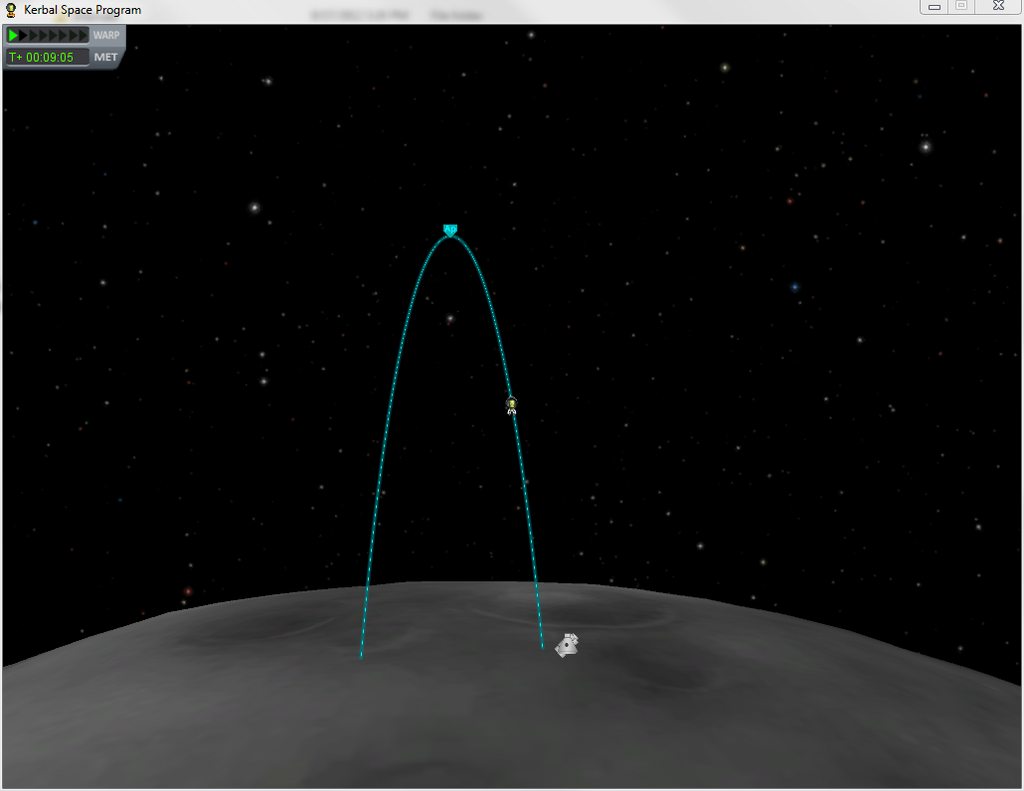 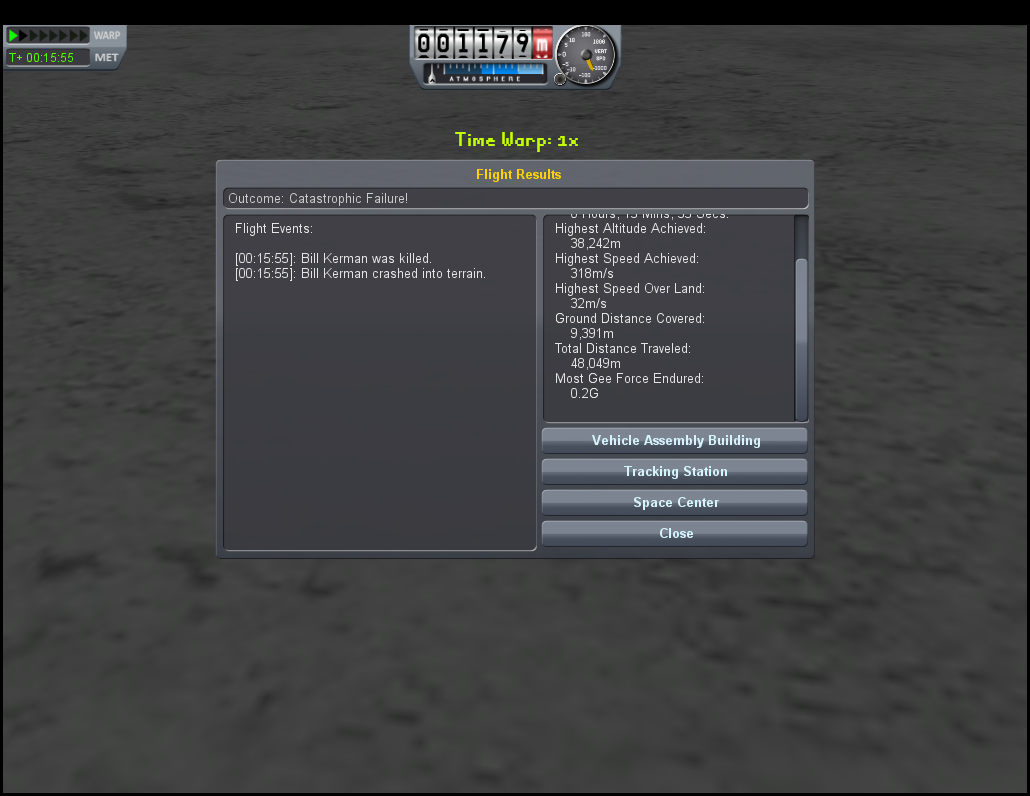 You are a true artist.
Top 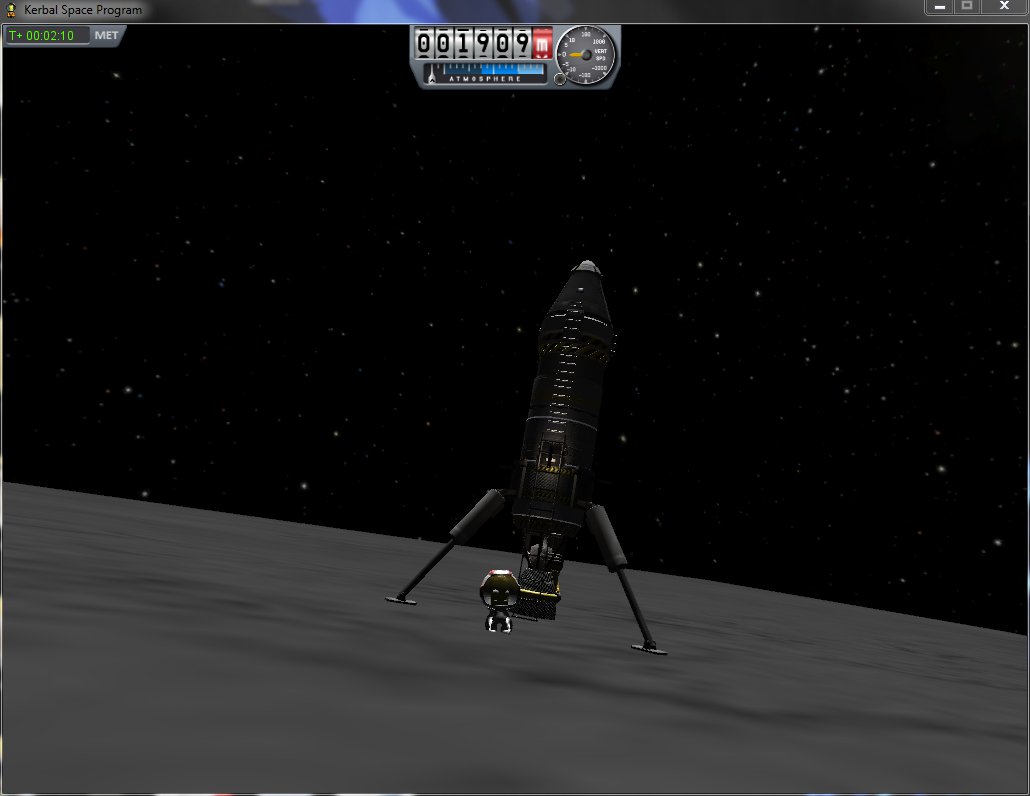 Awesome! Is that your first time, or have you landed there before? I've done my share of Mun landings, but I still sometimes panic and flip the lander over, killing or stranding everyone.

Actually, I have a story about that. Unfortunately, no pictures to support it, since I never think to take them. I recently began an endeavor to rescue all the capsules that had been stranded on the surface or in orbit with insufficient fuel, from my early days of Munshots. I built this nice big lander, and began to tackle the surface kerbonauts. The closest I could get on first attempt was about 60 km away. I sent off the two kerbonauts, one by one, to make the trek (they were from a long-past botched rescue mission). The first overshot and ran out of fuel before being able to decelerate properly, dying, and the second undershot, slid along the surface at a dangerous speed, hit an invisible rock, flew up into the air, and died on impact. Welp. I left the lonely rescue man safe in his craft, and launched an identical mission, this time aiming closer. I panicked, and tipped the thing over. The three man capsule from that, containing one kerbonaut, replaced the old one with the two lost souls. Now, I designed my rescue lander with a landing stage, and a return stage. Think Apollo. I decided to take my first guy, in the return stage, and land it strut-less near the two stranded capsules. This entailed dropping it gently on its side, but I hoped that it would have enough torque to stand itself up. Well, after a reasonably fair ~5km trek for both remaining stranded kerbonauts, I had it all loaded up with 3 kerbonauts, one of whom had been there since my second or third day of KSP. Welp, that torque trick may work on Minmus, but on the Mun, it results in a short, fruitless rocket sled, followed by a totally fatal explosion. There's no one left on the Mun, though. I fear for those poor souls trapped in orbit. I really do.
Top