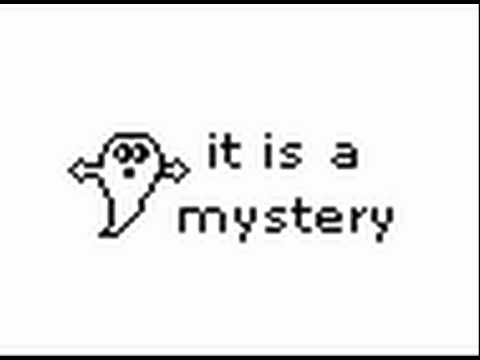 EPR89 wrote: You are obviously playing it wrong and should be ashamed of yourself.
The game was probably not even developed with people like you in mind, so you should feel even more ashamed for complaining about it in a public forum.

He has every right to complain. If he's playing it wrong the game isn't reaching its goal universally. The developers need to know where they failed to improve, hearing just praise is worthless except for one's ego.
Top


On the off chance that Rockstar makes us wait as long for a PC announcement as they did on GTA 4, and as long between PC announcement and PC release as they did on San Andreas, we've been shoved back to July 4, 2014. Not to say that they couldn't try to annoy us further by breaking their own records, but that's our official prediction for the most distant date to reasonably expect the game on PC.

You were way off.

Endoperez wrote:Where are all the Magical Girl anime RPGs? Or Power Rangers RPGs? They're basically two sides of the same coin, but I can't really think of any games following the premise.

Random teen in a modern city receives magical powers and is guided through the tutorial level by some sort of a talking pet/creature/AI/wristwatch/gadget. The first fight against a bully, who was possessed by evil / secretly serving aliens / really the evil overlord!

A simple goal is set, such as recovering something to increase the hero's powers! After a few fights and a mini-boss, LEVELUP! You have unlocked the power of [whatever] and have new powers, and a get a transformation sequence if one didn't happen yet!

Then come friends who join your party and round it up, endless monsters of the week, a love interest or dozen, combination moves, more special powers, alternate customes with powerups, the world-threatening plot is revealed, some drama stuff every once in a while, etc.

In the final fight there's a dramatic moment that increases the tension, but ultimately the day is won etc.

They are already using the RPG plot. Are they really too niche to be used in games?

To bring up an older topic, did you find anything on Steam like this?

I might have found one that's more like a classic JRPG for you:
http://store.steampowered.com/app/316840/ - The Sacred Tears TRUE
"Seil and his childhood friend Seana are neophyte thieves in the Thieves Guild of Genoseed City. By day they operate a private investigator agency, and by night they undertake Thieves Guild missions across the city. Sacred Tears TRUE is the story of these young thieves and their pursuit of dreams and adventure. "

If you're looking for something as simple as "Red-haired man saves women, makes them swoon and then leaves on another adventure while rocking out to awesome metal...", then look no farther than the Ys franchise.
http://store.steampowered.com/app/223810/
Ys 1 & 2 Chronicles + is the oldest of the bunch and use a "bumper" style fighting. This can be a bit hard to get used to, but its not a bad place to start. It also features "Dogi the Wallcrusher".
http://store.steampowered.com/app/207320/
Ys: The Oath in Felghana is one of the hardest Ys games I've played. Very unforgiving and full of challenge. It really is a blast to play though.
http://store.steampowered.com/app/207350/
Ys Origin is a "prequel" to Ys 1 & 2. This one does not star our favorite red-haired hero. You could start here if you wanted. It might explain some things that will happen in Ys 1 & 2 later on.

I still whole-heartedly recommend Trails in the Sky:
http://store.steampowered.com/app/251150/
Top

Thanks for the suggestions! I already have Ys 1 and 2, but I didn't have a controller when I tried them and the mechanics didn't feel fun on keyboard.
Top

Endoperez wrote:Thanks for the suggestions! I already have Ys 1 and 2, but I didn't have a controller when I tried them and the mechanics didn't feel fun on keyboard.

Yeah, the Ys series especially really need a controller. Pretty much any USB controller with work with a PC. Hell, if you have a PS4 or an Xbone controller you can get drivers for them to run in Window.

I know you're focusing on PC games, but if you got a PS3, I would recommend checking out the "Atelier" games i keep jabbering on about in various threads. The Atelier games are generally upbeat and happy affairs full of lively (although sometimes one dimensional) characters and interactions. They aren't about saving the world or defeating an evil being, but they are about time management, item creation, and friendships.

You know how in almost every RPG, buried about halfway down the final dungeon, sitting next to the second to last save point in the game there's a shopkeeper who has every healing item in the game and every weapon or bit of armor that doesn't require an epic quest? The one who leaves you wondering: "Just how in blazes did she get down here? I'm the ridiculously powerful chosen one and it's almost impossible for me to do it so how did a lowly shopkeeper pull it off"?

This game is about her.
Quoted from here.

There are 16 Atelier games (6 of them on PS3), but if I had to recommend one to play over all others I would recommend Atelier Meruru. Meruru is the most refined of the "Arland" trilogy and the easiest to get into from a newcomer's standpoint (Its also extremely happy and colorful, holy shit if you're tired of brown and grey, go check out an Atelier game). If you're looking for the newest and shiniest one, wait for "Atelier Shallie".
Top

I got a PS2 this spring, and that's also the controller I have, through a USB adapter.

I don't have a tv so I haven't played any games on it yet.
Top 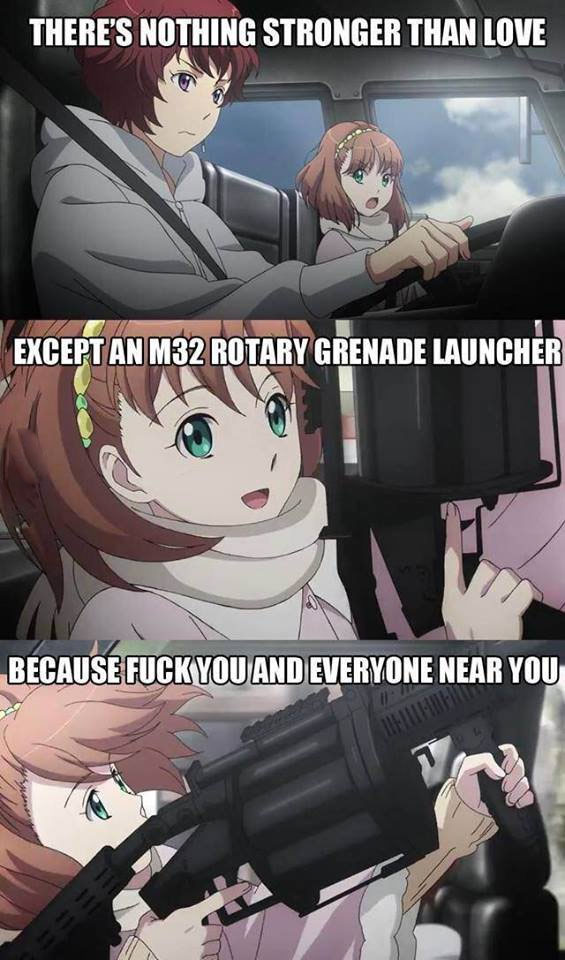 A few weeks back I was following a lecture about data structures, speaking of the concept of binary search trees, splay trees, AVL trees...
And suddenly the term B-trees came by.

That is unpossibel.
0% proofable.
i could write a thesis.
Top

Currently (re)watching it with my roommate since she's never seen it, so PSA: If you haven't yet, you need to watch Breaking Bad.
Top

You should check out Aldnoah.Zero if you haven't already. Its far from perfect and the first season stars a rather emotionless Gary-Stu, but its a fun series by Gen Urobutcher (Madoka, Psycho-Pass, Fate/Zero). I genuinely enjoyed the first season, even though there were some cringe-worthy parts to it.
Top

What time is it mister wolf?? LUNCH TIME!
Top

I need a twenty seventh game to get for myself for Christmas.
Any suggestions?
Top
Post Reply
8119 posts