I have continued to fall in love with Spec Ops (As you probably figured out).

So today, I have declared a challenge, I am going to finish Spec Ops on easy difficulty and then play through another shooter and see what my reactions are in comparison.

I still need to pick up Spec Ops, but I'm waiting for the Steam Winter Sale.


You are a bartender at Valhalla, your job is to make drinks, learn more about your customers and make them exotic drinks. You get scored on the accuracy of your drink making, the speed, and if the customer likes it. 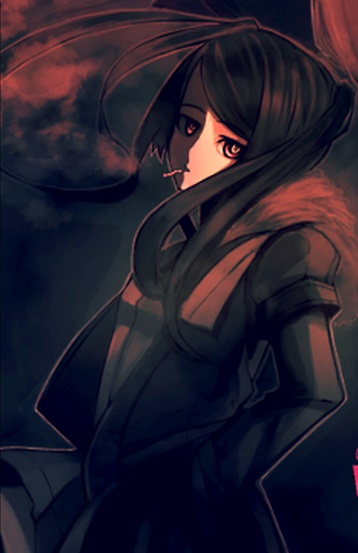 This is Jill. They're developing the bartender you play as into an actual character it seems for the full game.

I've only played through most of the first day where I have to serve a company of racist corgis with voice translators and their one human handler.

https://garoad.bandcamp.com/ - You can listen to the Prologue soundtrack here.

Anyways, since YouTube has been filled to the fucking brim with This War of Mine videos, here's what I've gathered from them all.

The Character "Humanization": This is the ONLY thing that this game does any better then any other game. And it's sub-par at best. The stories as basic, whiny and play NOTHING into the game. The random events exist to make you feel bad for things out of your control (The random generation is idiotic at best).

For example, the soldier scene at the grocery, this scene is horribly handled. You can't attack the soldier unless you have good gear, and letting it happen results in a random NPC that does nothing but try and make you feel bad.

Horribly at that, the only reason you should feel bad is because you let it happen, and even then you shouldn't feel bad because these were factors beyond your control, the fact that melee combat is absolute stupidity made manifest doesn't help.

Also, at the end it tries to go "You managed to get good dice rolls and be a nice person without any sense for survival. Good boy!" or "You got horrible dice rolls and had an actual sense of survival, you monster."

The game doesn't seem to recognize the theme of "Kill one to save many" ideology that any good survival game will allow for.


The Controls: Because making a WASD control scheme and a good combat system that wasn't all of "Who has gun? Who has weapon? Guy with shotgun wins" was too hard for them.

And making sure the pathing system wasn't absolute ass as well.

The Graphics: I only bring these up (I like pixel art so don't call me a graphics whore) because it amuses me that at some point in time at the development of this game, they couldn't be bothered the texture anything. So they jammed Unity models into the game and did some filtering fuckery to make it look as good as you can. I know these are Unity quality models because they look like colorless models from Dead State.

The Setting: This plays nothing to the game. At all. There is nothing unique about it, since it never plays into the game. The best thing it does is demonize the soldiers for existing.

You could change a few elements of dialogue (Spend a few weeks) and get the same experience with zombies or something else, at least zombies would be a looming and active threat.

Not to mention that it's unrealistic as absolute fuck. The military raping and murdering like it's foreign land (It's not) and the militia doing similar things is completely idiotic. I guess this is just trying to demonize both sides of the conflict though to say that "War and everyone involved in war is bad." regardless.

The Challenge: None. None at all. Unless you purposely handicap yourself or do NG+ there is no challenge here. The first run is all of "Be smart" and you'll make it.

The Characters: Well you tried, but characters never develop relationships or anything else that suggests that these characters are aware of their existence. People instantly tell the others the exact details of the events that unfolded, so of course people get sad n shit.

Any degree of humanization is lost the second that characters can use psychicness to achieve their goals.

- One ammo type. That works for everything

- Item crafting is unrealistic as fuck.

- The trading system is similar to everything else.

- The raiding system has to be the stupidest thing.

Phoenixwarrior141 wrote:
The Graphics: I only bring these up (I like pixel art so don't call me a graphics whore) because it amuses me that at some point in time at the development of this game, they couldn't be bothered the texture anything. So they jammed Unity models into the game and did some filtering fuckery to make it look as good as you can. I know these are Unity quality models because they look like colorless models from Dead State.

I haven't played or looked into this indepth so I can't comment this any further, but Unity is an engine, not a statement of quality. Unity graphics can be good, or crap, it's up to the artist to make it look good. I'm speaking from experience here, I've made ugly things in Unity and Unreal!

Unity might not be able to get as high as, say, new Unreal, without plugins and other extra stuff. That means it's a max of 9 instwad of 10...
Top 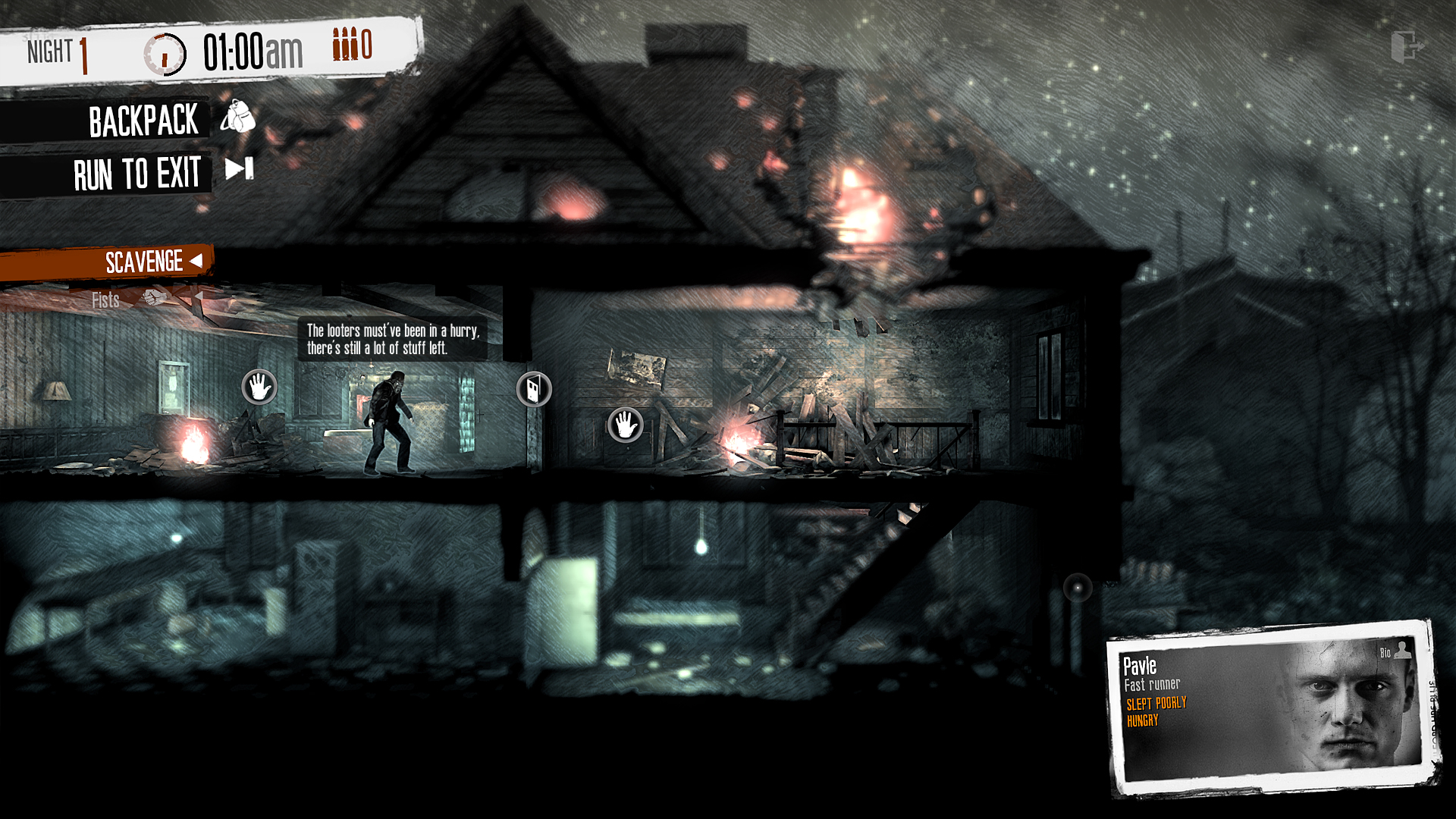 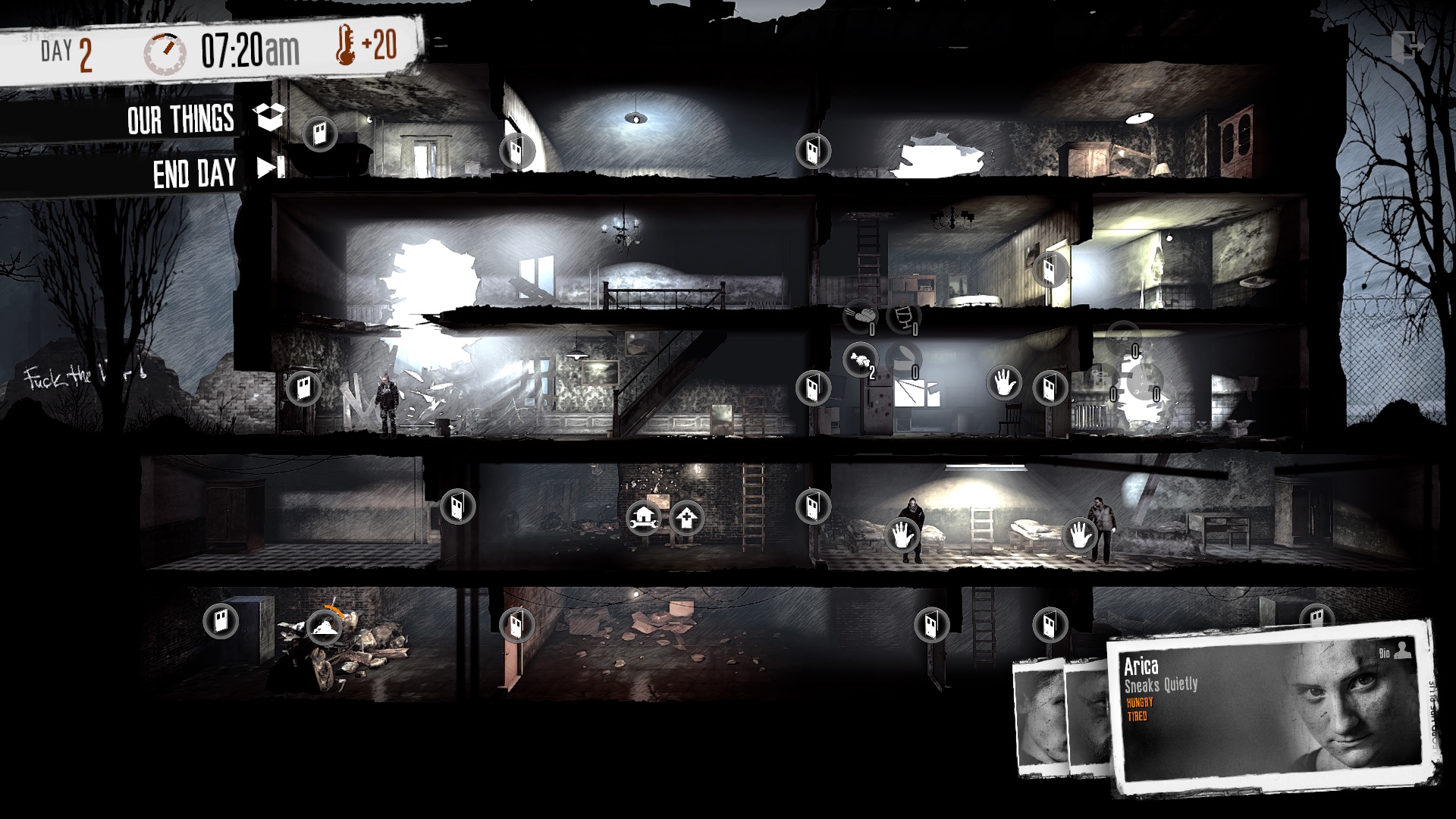 I hadn't looked at the game before but it has really nice graphics. Well stylized and atmospheric. Reminds me of a detailed Limbo. Phoenix just has a hate-boner for the game, so he's talking out his ass. Nothing new here.
Top

Graphics aside the rest of my points still stand.

The Weapons: 6. There are 6 of them. Your fists, a hatchet, a crowbar, a pistol, a shotgun and an assault rifle. All of which use the same ammo.

The hatchet and crowbar aren't dedicated weapons either, so those could easily be counted out.

And these weapons all use the same fucking ammo, so if you're drowning in bullets you need one shotgun and it's G Motherfucking G.

The Micromanaging: I do not like having to micromanage a colony survival game that plays in real time. Having to allocate tasks while a clock ticks down is annoying. Especially in games like Rimworld with huge colonies.

It's stupid as fuck not to give us a button to pause and let us queue up tasks.
Top

I might check out War of Mine when its on sale, I got too many other games I'm working on right now.


Late news, but Dead or Alive 5: Last Round is coming to Steam. No real details on system requirements or how the PC version is going to be handled, but crossing my fingers that it'll be a good port.
Top

I sometimes wonder why this gets posted many times...
Top

Phoenixwarrior141 wrote:I sometimes wonder why this gets posted many times...

I don't think the Dead or Alive 5 Steam release has been mentioned here before. Besides, more fighting games on PC is always a plus.
Top

Fighting games with TITS are also a plus.
Top

Still haven't found anything appealing in This War of Mine.

Note to developers on this forum:

When I can take 2 days to turn your "Serious" game into another zombie survival game, you're doing something wrong.
Top

Phoenixwarrior141 wrote:Still haven't found anything appealing in This War of Mine.

Note to developers on this forum:

When I can take 2 days to turn your "Serious" game into another zombie survival game, you're doing something wrong.

You are obviously playing it wrong and should be ashamed of yourself.
The game was probably not even developed with people like you in mind, so you should feel even more ashamed for complaining about it in a public forum.
Top

How am I playing it "Wrong" exactly?

You know, not caring for the horribly done characters isn't playing the game at all.
Top

Considering the game's ratings and the fact that it made back its development costs in the first day of sales, you're obviously missing something that a lot of other people are getting

But typical Phoenix. "The game is bad, why is it popular?" Yep, you're the one who's got it right, everyone else must be buying it ironically.
Top