Hold on a second!
I said after glabbit said that the girl was blind that i noticed that in the end and now there's a discussion about it? Going down that rabbit hole is indeed rather pointless.
Top

rodeje25 wrote:Hold on a second!
I said after glabbit said that the girl was blind that i noticed that in the end and now there's a discussion about it? Going down that rabbit hole is indeed rather pointless.

Yes, but Glabbit was replying to my comment about his post where he wondered what had been said, which he made before you had said that you had noticed the thing and thus clarified your stance.

Well, at least this banter fits the thread's name.
Top

Well we can always go on with the discussion right? Sooooooooooo how many times in a year do you defragment your harddrive?

edit edit edit: does anyone know where i can find a rigged wolf model for free? i wanna animate it and send it to 22cans to show them what i'm capable of and help them by animating the wolves for their game godus. (i'll be posting my progress here and feedback is more than welcome).
Top

rodeje25 wrote:edit edit edit: does anyone know where i can find a rigged wolf model for free? i wanna animate it and send it to 22cans to show them what i'm capable of and help them by animating the wolves for their game godus. (i'll be posting my progress here and feedback is more than welcome).


[+] No really that will not work
A game project is huge. It's a puzzle where pieces have to fit together just so. Let's just think of the file formats, first:

Which engine are they using?
Which file format are they using for the character models? (FBX, OBJ)
Are the animations saved in the same file as the model, or as separate files?
Is one modeling-program-unit 1 cm, or 1 meter, or one inch? Get that wrong, and your wolf is either a flea or so big it's invisible because the world fits inside it
How much animation-combining are they using, and which animations do they combine, and how, and which combinations or animations are created procedurally?
How many variations for different speed? Do they have crawl-walk-run, or is it walk-jog-run-sprint, or merely walk-run?
When the running wolf turns, is it a separate animation of turn-right, or is the running combined with leaning animation lean-right, or is it dynamically adjusted on the fly?
Godus is targeting mobile, too. How does that affect animations? How does affect the rig? Each additional bone is a little extra overhead, after all.
Do all the animals use the same rig, so they can use any animations made for any animal with any other animal?
Do all characters, humans AND animals, use a variation of the same rig for some reason?

How will they know that you have the licenes to use the programs you use?
How do they know you're really using the program you claim to be using?
How will they know you're not going to accidentally reveal something about the game their PR department didn't want to reveal yet?
If they do decide to accept your help, and give their animators other tasks, and you return your work later than they asked and something is delayed, what do they do?

And most importantly, this:

To get your animations working, you need to see them in-game.
That means giving you access to their internal build, to the engine, to their version control systems, EVERYTHING — what if, for any reason, that was leaked? Perhaps you have a virus on your PC that lets someone take control of your machine. Perhaps you're lying. Perhaps someone steals your PC or laptop. What then?

What you need to do is get hired. Or, get an internship, which also costs them quite a bit of money and is somewhat of a risk. It'd be better if you were good enough to get hired. And you have competition.

This one? It's the homework for the animal & creature masterclass from Animation Mentor. Maybe Yves Ruprecht is on the top of his class - but then, maybe not.


What you want to do is to make a demo reel. Animation demo reel with your complete, finished animations, your best work. Then, once you have that, you can send that to various studios and ask for a job or for an internship. Besides game studios, you could try advertising agencies and such.

Since you're relatively new, you can't choose the exact thing you want to do. Wolf rig? That's very specific. I suggest starting with character animation, first, because good human rigs are much easier to find.

Then, for your demo reel, assuming you're aiming at game companies, make a walk cycle, a run cycle, an attack animation, a "getting hit" animation, and death animation.
Then, make the same ones, but make it a different character. If the first one was a stealthy ninja, the second one is a strong boxer.
You only need minimal changes to the character model — if the ninja has a knife, the boxer has boxing gloves. A gentleman would have a top hat and moustache. The rest you should be able to communicate through the animation.
Top

Endoperez wrote:A gentleman would have a top hat and moustache.

I object to your restrictive classification! (Stereotipalisation! Stereotypation? Stereotyping. That sounds way less fun.)
Why would a 'gentleman' be a gentleman for his use of typical appearance tropes? What makes his ability to don a top hat an indication of his being learned or kind? What correlation is there with gentry, chivalry, and that choice or talent of facial hair?
A gentleman could just as easily have a bowler hat and sideburns.


And yes, before you ask, I am yet again poking fun.
Top

Making a gentleman that is recognized on the first glance and has a top hat and a monocle is an easy, lazy solution.

Bowler hats and sideburns come into play when we're talking about character design. There's all sorts of crazy ideas. I'm pretty bad at drawing characters, and so also at character design, but it always looks so fun and there's lots of fun things one could do.

I mean, look at the KNOTS in their neck - crazy stuff. 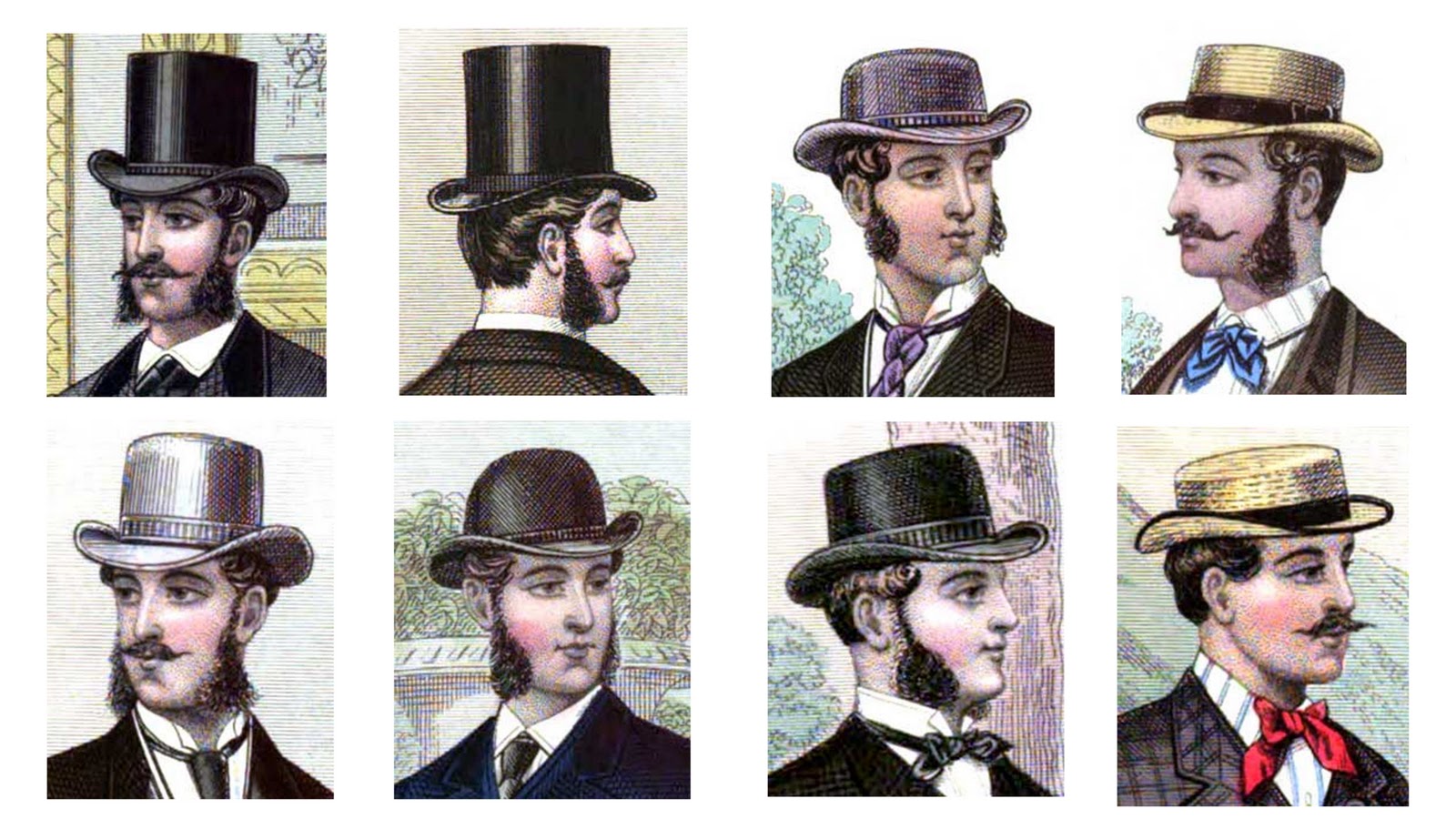 And then add in some context and action, and things get totally out of hand.

Hmm, makes me think of a possible game jam project - a silly fighting game where you get points for embarrassing your opponent (e.g. taking off his hat), but lose points for killing him or causing permanent damage (e.g. hitting his head too hard)?
Top

Let me process everything for a sec.....
Now let me organize my arguments and get ready....

Okay you are waaaaaaaay overthinking this!
Mainly because they abandoned the wolves and are focusing on something else!
They wanted to bring back the wolves but that would take a long time so for me i guess there won't be a strict deadline.
They use the marmelade game engine aaaand i'm waay too loyal too leak stuff and i don't have viruses or malware or a pc (if you're talking about windows) i use bitdefender from time to time to scan my mac and since osx already has a solid security system of its own the chance that something would leak is a lot less than if i'd be using windows. Also everything is low polygon and talking about an internship or me getting hired as a 14/15 year old hobbyist (wanna be 22cans sidekick)? That's a joke!
And i don't think they will be really strict about it (again) they abandoned the wolves currently and i observed my own dog (a samoyed so not much different from a wolf) for like since we got him! The way he walks-jogs-runs and turns fascinated me actually! And the video you posted is for an aaa game. The animations in the game are quite simple (even the dancing animations) so i don't think they'll demand high quality animations and if they want to change a thing they can always do it themselves. Aaaaand again you were over thinking this.

Edit: see it as me baking cookies fir the biggest part and them putting the cherries on top! Wait i'm talking about a pie... Whatever, you get what i mean right?
Top

rodeje25 wrote:i guess there won't be a strict deadline.
i'm waay too loyal too leak stuff
i don't have viruses or malware or a pc
i don't think they will be really strict about it
i don't think they'll demand high quality animations

It's a professional game project.

This isn't a mod project.

Even if you were as good as professional animators, accepting any sort of fan contributions without paying for it might be too risky for them — because abusing unpaid workforce on one's paid project is unethical, and might result in bad PR, which might result in less sales.

What you're asking for is impossible. It won't happen. Sorry.

You getting hired into the industry as soon as you're legally able to work is much more likely, which is why I recommended it. That's also so unlikely that it's probably not going to happen, but if you're going to work towards a dream, at least work towards a dream that has a chance of coming true.

They had sidekicks (fans) who helped.
This professional product is taking a long time and will still take a long time.
As i see it now they will do the animals at the end of the game (horses, wolves etc).
Again you should see it as me baking the cake and them putting cherries on top.

But i get that you doubt that they will accept my help.
And asking is never wrong right?
If i didn't try i could miss a huge opportunity.
I'm even their sidekick q&a tester (i don't test their internal builds but i do test the dev builds they push out to steam but they do appreciate it)
Top


Huh. That's surprising. I can't find any articles on that.

I understand Q&A and testing, giving feedback and offering ideas, but are you saying these sidekicks created actual content, like 'official mods' or something?

Well, it would fit the game, at least. Users = god-creators. Still, I find it a bit weird.
Top

Yes actual content creators and not mod creators.
I once tweeted them about it and they said that their sidekick hiring has been diminished but could come back at one point.
Top

Endoperez wrote:Hmm, makes me think of a possible game jam project - a silly fighting game where you get points for embarrassing your opponent (e.g. taking off his hat), but lose points for killing him or causing permanent damage (e.g. hitting his head too hard)?

Endoperez wrote:Hmm, makes me think of a possible game jam project - a silly fighting game where you get points for embarrassing your opponent (e.g. taking off his hat), but lose points for killing him or causing permanent damage (e.g. hitting his head too hard)?

why would you even fight then? i mean not everyone loses his temper in a game where you insult each other.
Top
Post Reply
8119 posts