Joke of the Day

This morning as I was buttoning my shirt, a button fell off. After that, I picked up my briefcase, and the handle fell off. Then I went to open the door, and the doorknob fell off. I went to get into my car, and the door handle came off in my hand. Now I'm afraid to pee.
Top

A haggard old lady rides in a fancy hotel's elevator. On the second floor, a beautiful woman steps on and arrogantly says to the old lady, "Georgio, $100 an ounce."

On the next floor, an equally beautiful women steps on and says, "Chanel, $150 an ounce."

The old lady's floor approaches and as the doors open, she bends over, farts and says, "Broccoli, 49 cents a pound."
Top

There was once a stockbroker who had made a ton of money off the stock market and decided to retire to a ranch in Montana. One day he was out in his front yard planting some flowers when he sees dirt flying up behind a truck. The truck pulls into his driveway and a famer gets out of his truck.
"Hi, my name is Bob. I'm your neighbor. I live about five miles away and I came to invite you to a party I am having tonight."
"What kind of a party is it?" asks the stockbroker.
"Oh, we're going to do a little dancing, a little fighting, a little eating, little drinking, and a little screwing."
"That sounds great,' said the stockbroker. "What should I wear?"
"I don't care," said Bob. "It's just gonna be the two of us."
Top

When Mozart passed away, he was buried in a churchyard. A couple days later, the town drunk was walking through the cemetery and heard some strange noise coming from the area where Mozart was buried.

Terrified, the drunk ran and got the town magistrate to come and listen to it.

When the magistrate arrived, he bent his ear to the grave, listened for a moment, and said, "Ah, yes, that's Mozart's Ninth Symphony, being played backwards."

He listened a while longer, and said, "There's the Eighth Symphony, and it's backwards, too. Most puzzling."

So the magistrate kept listening; "There's the Seventh... the Sixth... the Fifth..."

Suddenly the realization of what was happening dawned on the magistrate; he stood up and announced to the crowd that had gathered in the cemetery, "My fellow citizens, there's nothing to worry about. It's just Mozart decomposing."
Top

of course back than they hadn't numbered his symphonies yet but still a good joke.
hahah
Top

Nice one! I chuckled. =D
Top

A guy (classic) is walking through a pine forest. Suddenly, he has a notion. He walks quickly over to a tree and pulls down a branch. He kisses the needles lightly. (??) As he does that, he hears a motorcycle engine in the distance, even though it is miles to any roads. The guy has just enough time to murmur the word "potato" before a branch from far above breaks and falls on his head, killing him.
Top

Yep. The engine was a chainsaw.

I dont get it either, can someone please explain it to me?

I got the chainaw part but not the kissing the needles or the saying of "potato"...?
Top

In China, there is a woman giving birth to a child every minute.
WE MUST STOP THAT WOMAN!

The third sighs, and says, "It's always going to be a man telling this, isn't it?"
Top

Sorry, I don't have any for right naow! I guarntee some this Wednesday! 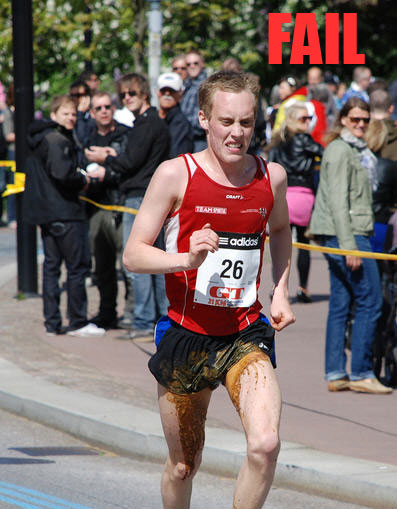