actually pretty sure we had one of these somewhere, maybe not though.
Top

Here's one... been a while since anyone put any new stuff up, though.

kehaar wrote:Here's one... been a while since anyone put any new stuff up, though.

Might as well start a new one.
http://precastwig.deviantart.com/#/d39b9oi
^ A piece i did of a friend.

http://precastwig.deviantart.com/gallery/#/d37mocl
^ And some of my drawings.

Can't draw worth a shit, but I do make terrain renders. I also wrote the terminal-based painting program with which I traced Hwang Mi Hee's face here. It even does movies! Can't easily show that though. It does shading as well via secondary terminal charsets and darkened colors, OS X doesn't have those though, so this pic's pretty plain.

Edit: To elaborate: The painting program generates bash scripts with echo statements that contain escape sequences for coloring and cursor jumps etc., so the result can be executed on a bash. I attached this specific bash script as an example.

To display the pic, unzip the thing to somewhere, open a bash, cd into the folder where "tmov.1" is at. Then, enter this verbatim:

There's a dot at the line start there. It's needed.

After the thing's painted, your bash is different. Enter this to make it sane again:

Edit: Amusingly, you could also just use cat to display the pic because cat executes escape sequences immediately, although it'd display the stuff that's script boilerplate as-is.
You can read the escape junk with vim, for example.

drew this picture of my girlfriend in GIMP doesn't do her justice though especially with my limited artistic talent, but still... adding to the thread. (her right eye is really messed up, don't look at it!) 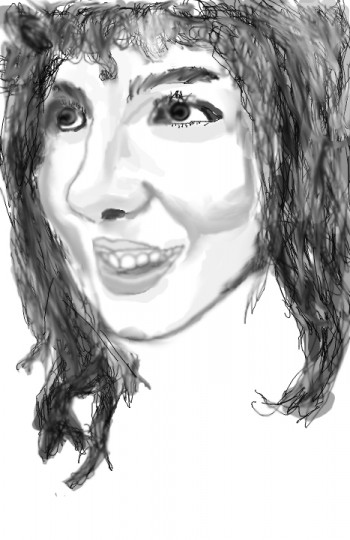 kehaar wrote:Here's one... been a while since anyone put any new stuff up, though.

Yeah, there's a reason I changed that thread's title into "where did everyone go?". It's nice to have a new thread!

I used to use that years ago to make skybox textures for maps ...
Top

Light brown with green on mine.
Top

Same as you, Greenish on one screen, light brown on the other.
Top
Post Reply
68 posts