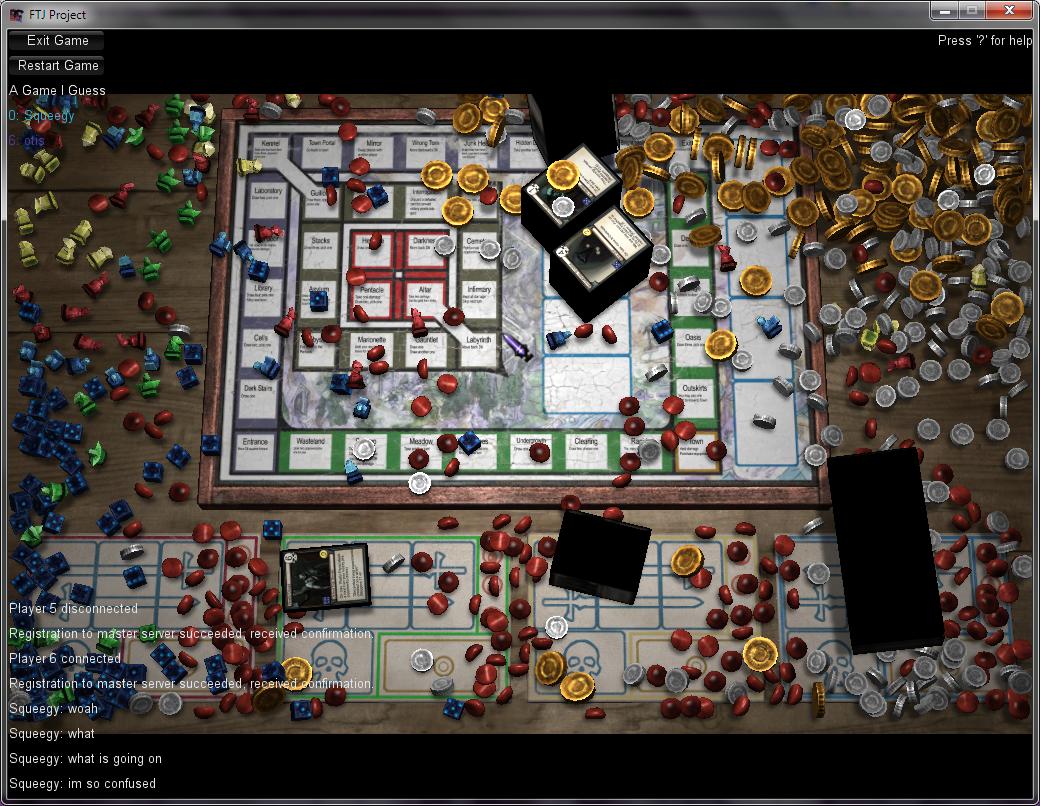 how did this happen
Top 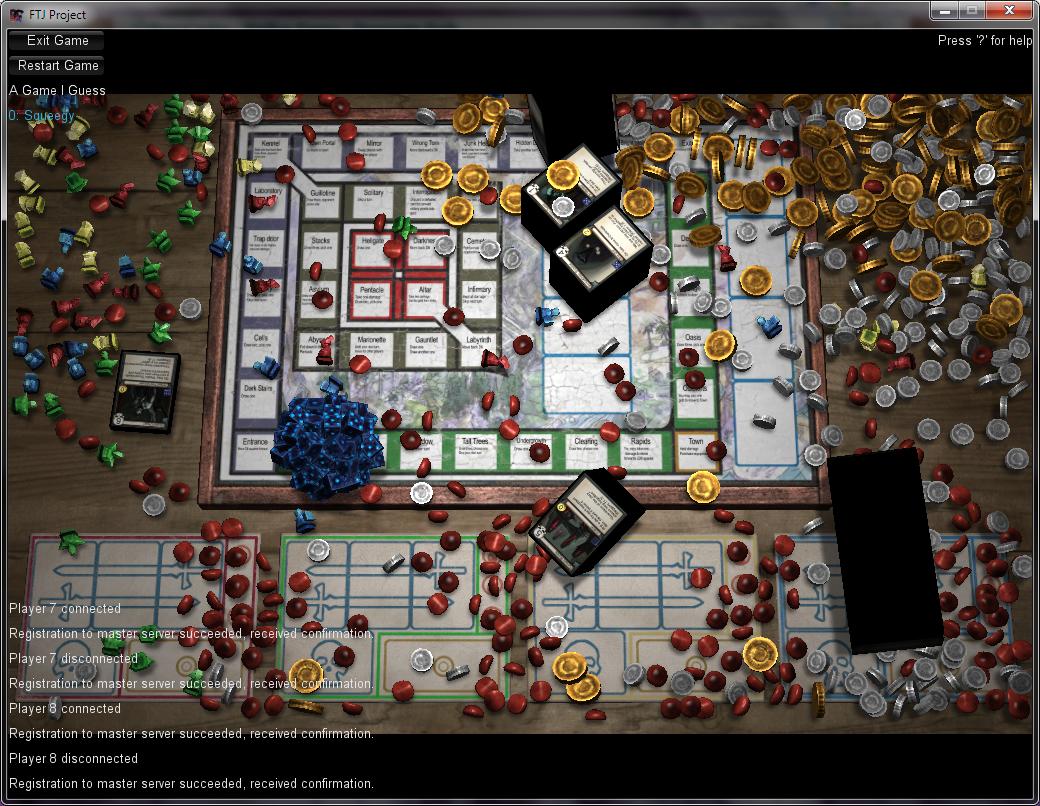 excuse me i need to make a lot of rolls
Top

Lol shit how did you do that? I want to play with the physics engine

I love this, it's easily the best board game on the computer, which isn't saying much but it's still fun to play with strangers.

David if you could do this in a few games do you think you could make a life like Chess Board? Hopefully with the ability to flip the board over when you're losing?

still waiting for a linux version so, yep. when you get a chance that would be... yep...

I really like unity now that my platform is supported. really opens up the market for games on linux.
Top

Me and my friend are having some serious trouble joining any games, ours or otherwise. Anything I could be doing wrong? I bypassed the firewall and everything, I just get stuck on the "joining" screen. I have waited for like 7 minutes.
Top

Whenever I click the "Join Game" button on the main menu the game locks up! Sometimes it stops responding others it just freezes and the music skips! Yes I have re-downloaded, ran as admin, ran in window, ran in every compatibility mode there is. Please help xx <3
Top

Man, this is really rekindling my interest to do stuff for video games, even if I've never really been on the coding side of things.

1. Altar Run game: Your basic story for this mode is that there's McGuffin on altar. Go there and bring it back for 10 points and game ends. Much faster and more cutthroat compared to the normal game.
(edit.)
Fellow players can demand the McGuffin for themselves when they pass or are passed by the player who holds it. Depends on the McGuffin holder whether or not he wants to just give such a powerful thing away.

2. You killed my father, prepare to die!: If a fellow player kills your character, you can place a vendetta against him and your next character is your last ones brother/twin/cousin/sister/step-son/pet duck and he/she/it is going to adventure for the sole reason of revenge.

If your vendetta is successful and you kill your target, you get 5 points, all your targets money and equipment. You cannot pass your target or let him pass you without initiating combat.

Training your "Hello, my name is Inigo Montoya..." speech out loud is a good strategy to get your target flustered.

3. Swamp kills: If you stay more then 2 turns inside the swamp, you die.

4a.Clear roads:When all monsters are killed in single pile, you can roll 3d6 to move in the corresponding area.

4b. Moving monsters: When all monsters are killed in single pile, the monsters from the next pile are drawn next.
Top

Yorumu, I think all of these are great ideas especially the clear roads idea. I really hope there is an easy way to implement certain pieces later on so that we could have, say a counter for the vendetta gameplay add on.
Top

How does the networking work I can't seem to connect to my friends game neither he to mine. Is there any way to debug this?
Top

I can't join any game on Desperate Gods.

My friend created a passworded server, but it displays "joining game..." and gets stuck there. It doesn't even prompt for a password.

I tried joining other random servers and same problem. Gets stuck on "joining".
Top

amphitheres wrote:still waiting for a linux version so, yep. when you get a chance that would be... yep...

I really like unity now that my platform is supported. really opens up the market for games on linux.

If you can't wait(like myself), you could just download the free version of unity and compile it yourself.

EDIT:And then realize that the board tiles are missing!
Top

VH-MAW wrote: If you can't wait(like myself), you could just download the free version of unity and compile it yourself.

EDIT:And then realize that the board tiles are missing!

Hm.... Isn't it just easier to launch it via Wine?
It works with no problem, without need of setting anything special.
Top
Post Reply
97 posts