What i'm saying is that i could make a basic sphere with over 800k verticies lines etc. but it would take all of two seconds. but yes, youre right.
Top

Ima gonna replace my robbit model with this the instance it is released to an internet connection near me.

Looks good Jo, keep it up. Internets still out but I think I'll be able to check in more often now.
Top

This is so heroic. I am eagerly awaiting the results.
Top

This is not a full update, just a quick one so you guys know i'm still working on this.

Basically before I model much further i'm attempting to rig the model you've seen in my previous post, so that it works with the default skeleton.

As you can see, the default skeleton doesn't match up perfectly with my proportions: 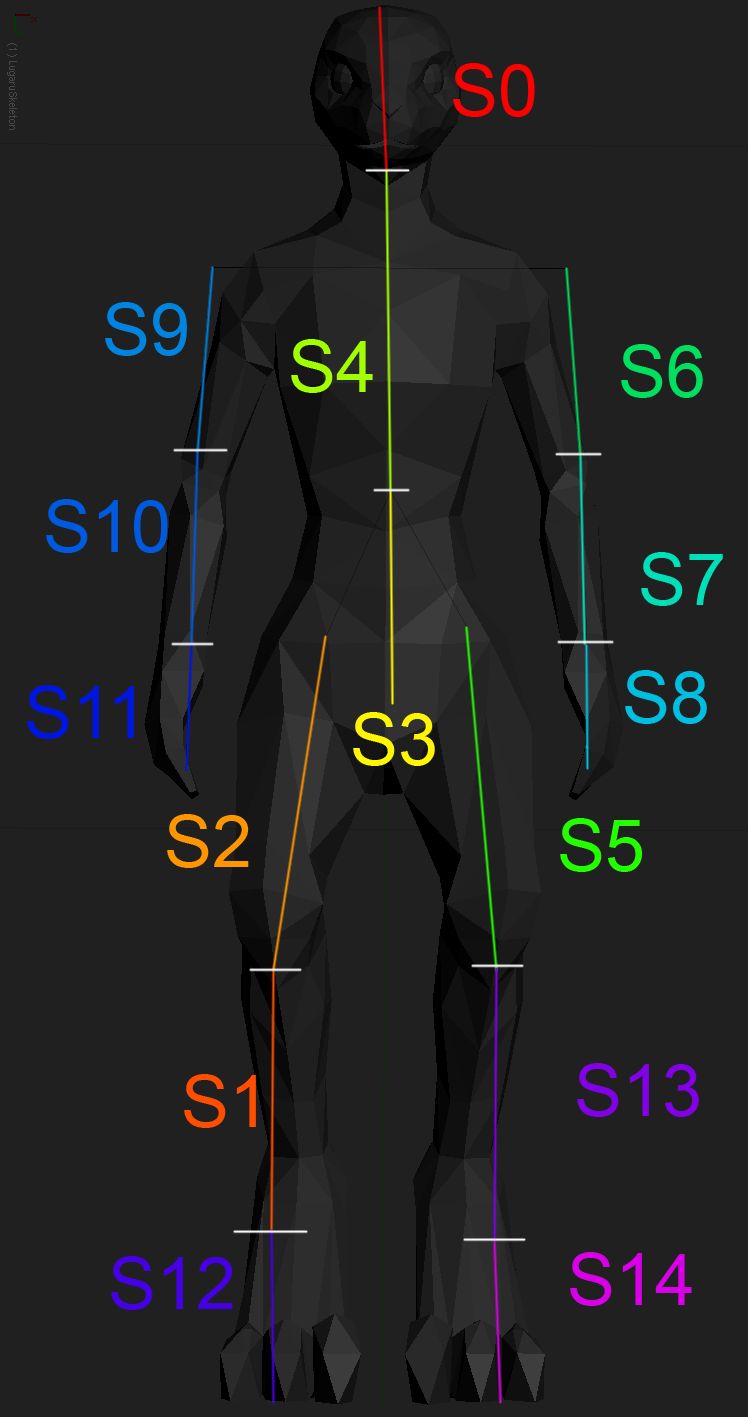 The lines I drew match the skeleton exactly, so you can tell that it's not even mirrored properly.

Rudel_ic has said that it should be possible to modify the default skeleton/ragdoll to match my model exactly, though that will probably take some time.

In the meantime i'm just going to keep experimenting with the existing skeleton.

Initial tests have been somewhat odd: Anyways, progress is being made!
Top

heh, resembles a bit half-life by the way the animations screw up if you mess with the skeleton, best way to deal with that is to make the model fit the skeleton
Top

Hooray, progress. I thought this looked a little dead.
Top

Wait, how are you working with the skeleton? Is the armature in blender or what?
Top

Stromboli wrote:Wait, how are you working with the skeleton? Is the armature in blender or what?

The skeleton is the default bunny skeleton from Lugaru, imported from the file found at Data/Skeleton/Basic Figure (no file ending, just a text file)

For more info on how to do this see this thread.
Top

I've re-rigged the thing just now to check whether something's wrong with the exporters. Seems you just mixed stuff up. Did you forget to rename the _merge skeleton? Edit: For anyone who's interested, this is a month-old model jo sent me; it seems to be sorta functional.
Top

Flex wrote:heh, resembles a bit half-life by the way the animations screw up if you mess with the skeleton, best way to deal with that is to make the model fit the skeleton

The model doesn't have to fit the skeleton, and the animations still work as long as it's sort of similar in proportions, which is the case here. There's just details that are off (armpits, for example).

Edit: And the ass gets sort of big if he's crouching.
Top

For posting the model, I'd have to get an okay from joshadow. It's old and stuff, so he probably doesn't want it posted.

Edit: Don't download this if you don't have joshadow's WIP model this is based on. It'll probably just break your Lugaru installation. You need the matching Body.solid.

Thanks but dont look like that in your GIF it looks verry shitty.Why ? it seems almost perfect in that pic ?

Ahem right i get why.
Top
Post Reply
77 posts