If I were to go further I'd need to add a large fuel tank or something.
Top

Is there another engine on the back of the central shaft? Could you add an orange tank there?
Top

Each module has docking clamps on both ends so I can expand it as necessary.

That way I can basically use my SAS to spin the ship and eject the engines to expose the docking ports.

Then when I can couple whatever I want on it.

My biggest worry is if it will just lag out. I've noticed with each pod I add. the game totally lags out when I'm about 2.3km to 2.2km out and the ship comes into visual distance.
Top

There's a thread for this game! Awesome!

Check this guy out.

He used to be a pilot (dunno if commercially or privately) until he had a pretty bad crash and fucked up his legs/back. Now he plays video games and makes youtube money.
A couple of months ago his life completely broke down and he didn't release videos for a very long time. When he started again he sounded much better than before and said that he lost his house or something and is now living with his parents.

He seems like a great guy who really deserves the views.

I have not had a second to spare for this game over the past few months, unfortunately. It's just so time consuming. Also, it's getting a bit hard on my computer, even at super-lowest settings

Don't you have some wieners to eat in parks full of kids?


Jacktheawesome wrote:I have not had a second to spare for this game over the past few months, unfortunately. It's just so time consuming. Also, it's getting a bit hard on my computer, even at super-lowest settings

Exact same here. Maybe when I get my Steam key I'll get back into it.
Top

So far I've been playing this game modless and mostly without tutorials or other tools (though I do use the phase calculator website someone already posted about).

Recently I've been trying to figure out ways to lift heavy payloads into orbit and, um... 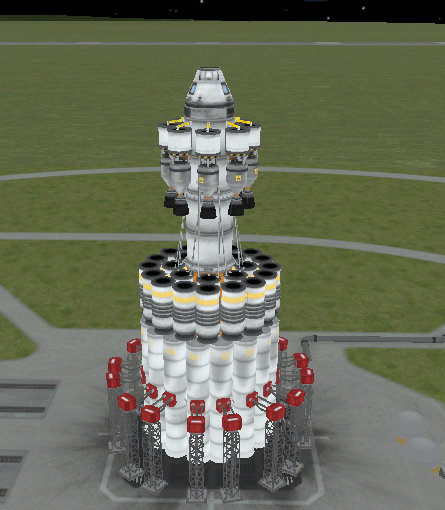 Maybe I should try some technique other than just strapping more and more rockets onto it. Or even deliver it in multiple trips. But then I'd have to learn docking. Ew.
Top

I think you can get that into orbit with seven asparagus staged orange tanks.
Top

You can put most shit into orbit with the mainsails and asparagus staging.

Asparagus staging is the most efficient because it lets you drop the majority of your rockets weight in stages. I'm not really a fan of the stacked stages.

If you can't you need to reduce the weight.

If you don't have enough room, a pro-tip is to move the rocket in the hangar over a bit, it will move over on the launch pad too

I finally figured out how to build it with 12 asparagus-staged orange tanks, and made it all the way to Jool. So, thanks for that.
Top

This game lags so damn much on my computer...
Top

i know this game it's awesome
Top

Thy shall face the consequences...

Here's some of my Kerbal creations:
Imgur album
A few favorites from the album: 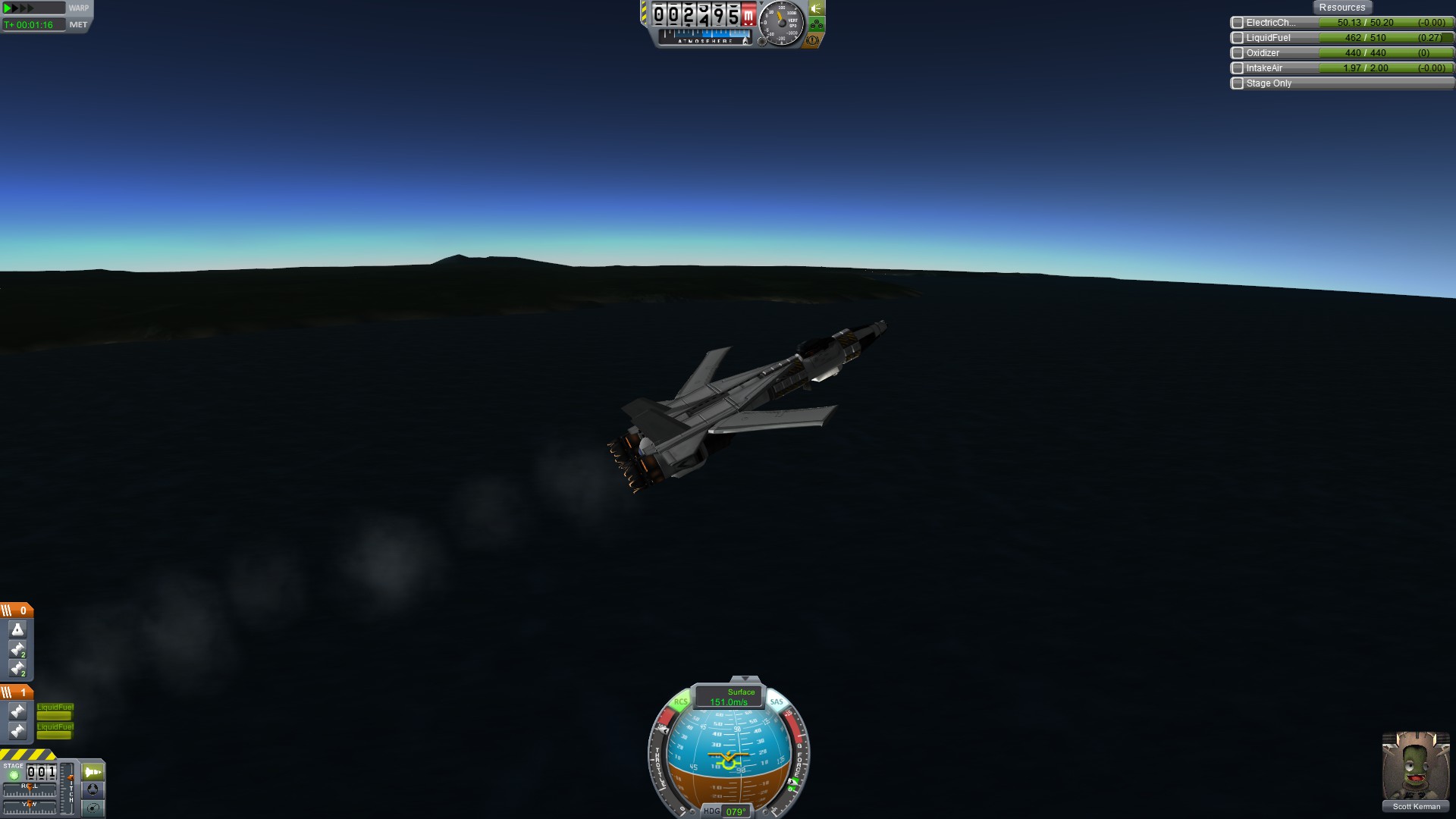 Didn't make it to space, but it looks awesome. 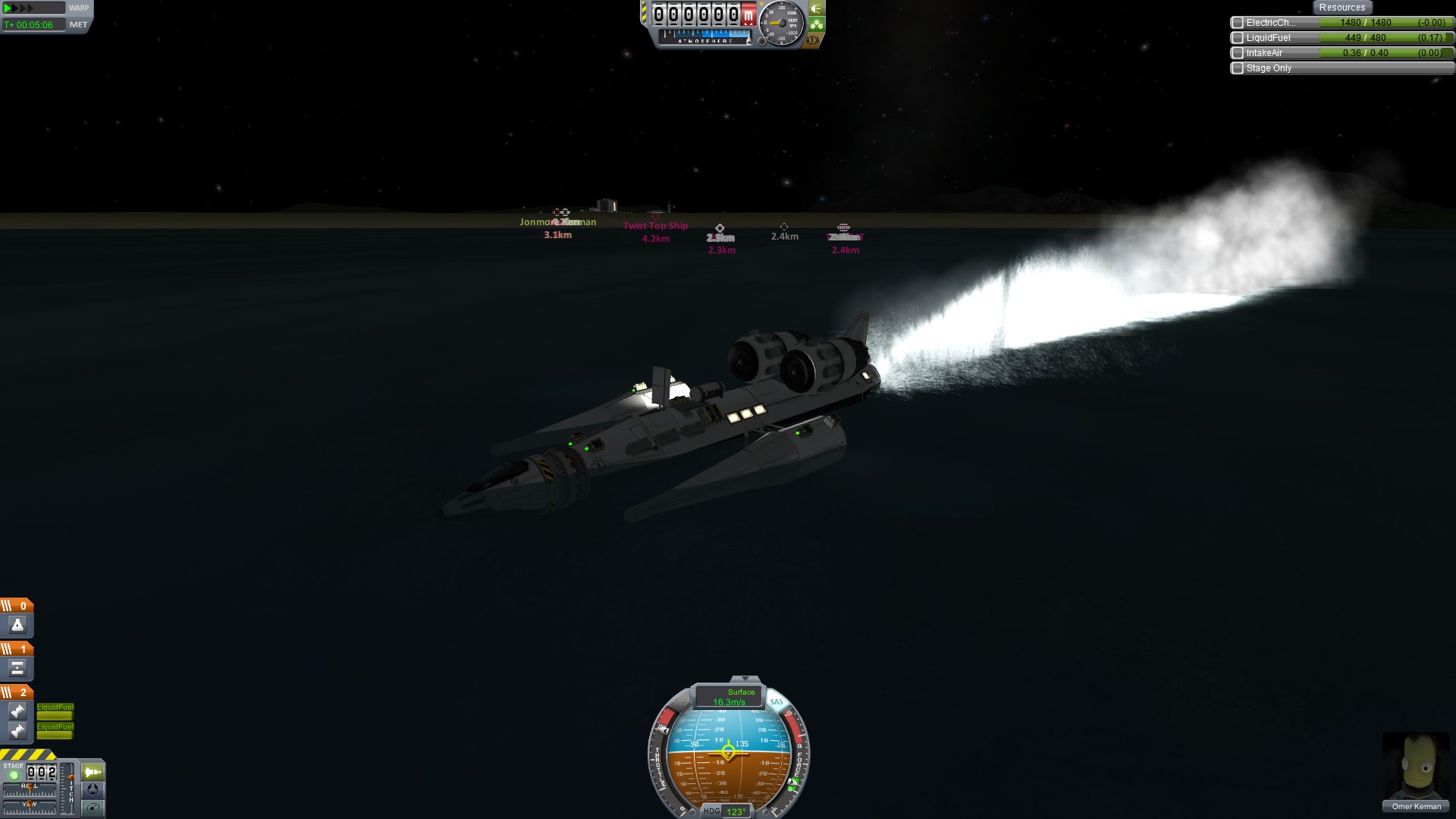 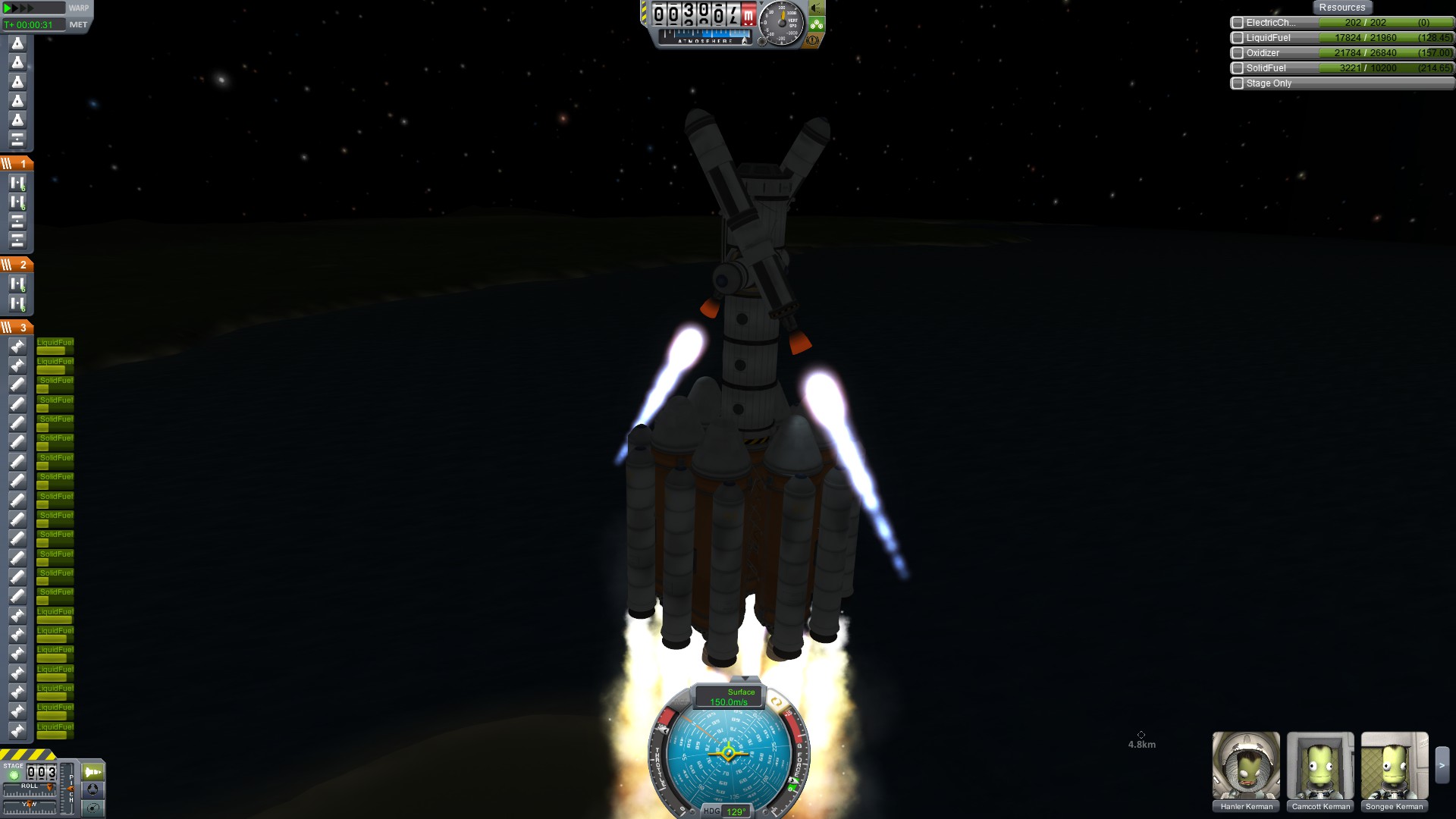 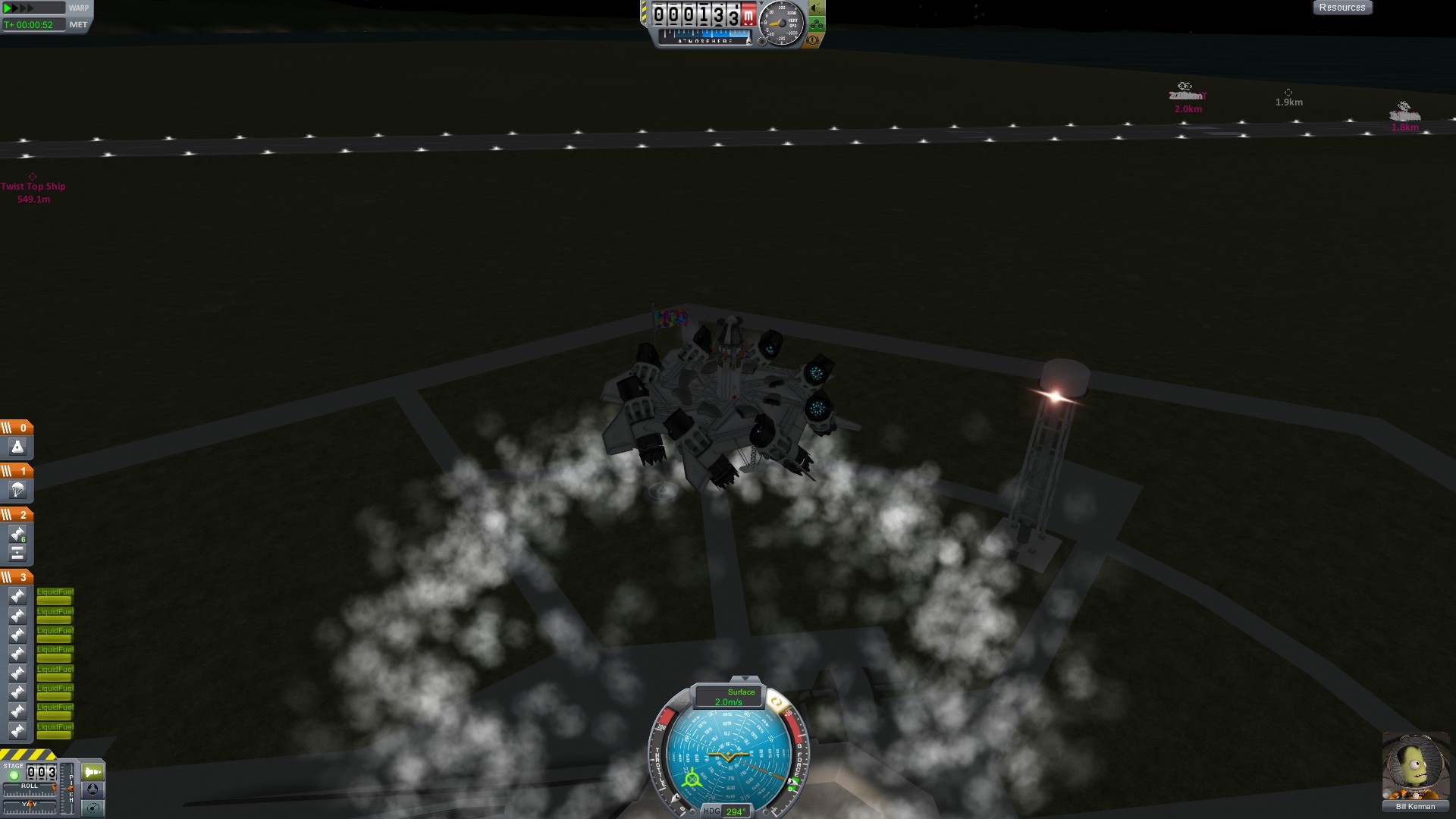 This is my best design. 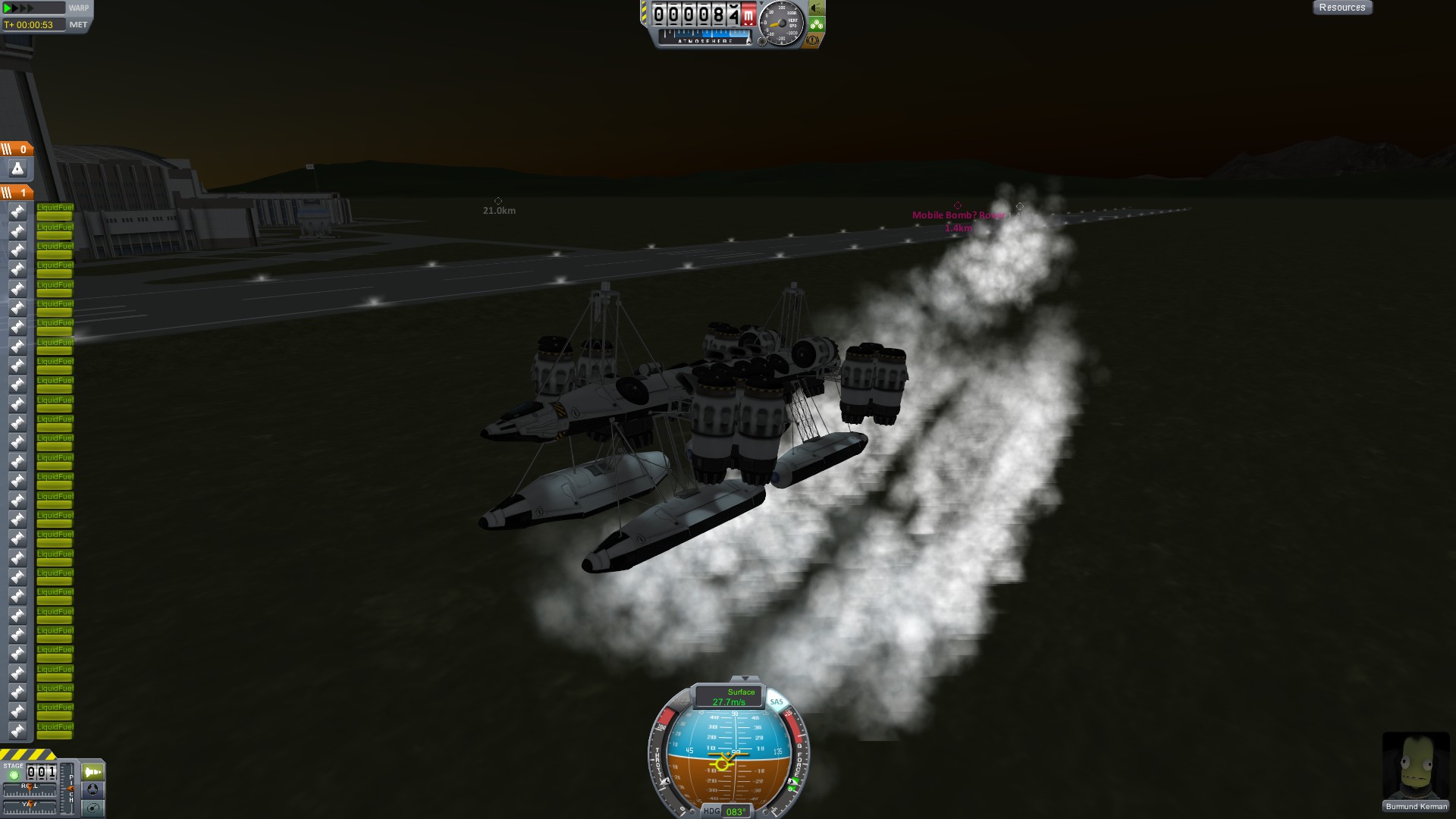 This is a friend's design. But its a boat...that you hover to the ocean.
Top
Post Reply
63 posts