Are you using the new movie maker? the windows live one? If so, download the older one(2.6 I think) or different software, though most other good ones cost money. Then go to the timeline view and drag the music into the music line thing.
Also, the lag should go away once you produce the video(or whatever its called in that, its the thing that makes it a file), I don't know about the loss of quality, but probably so as well.
Top

Yeah, don't use the Live one, it's as useful as ball sweat. The older version is serviceable though.
Top

ball sweat's quite useful, without it we would have such an inefficient cooling system for that area as to sterilize ourselves!
Top

He's right on that one.

I've actually been wondering about this sort of thing for a while, a few friends and I are trying to get some videos made for a youtube channel but a decent video editing software will cost, and we don't have money.
Top

Humph. Used Blaze Media Pro to do this successfully, but the filesize ended up being 7gb. For a 4:20 video. Contacted a guy on the site, he said "you didn't use a compression filter." Oh, well, that makes sense, I guess. Selected a compression filter- none of them work save for one that ends up giving me a very blocky/blurry video, almost as bad as the Windows Live one (though at least not laggy), and it for some reason overwrote my original video file... so now I have the video with music, but I have to clean it up

Geez, this is really quite irritating. I'm just going to uh, *ahem* acquire a big-name program like After Effects or Vegas for future use.
Top

After Effects is for special effects. You could use it for general video editing, but it would be very hard. I "aquired" it as well. If you want a good adobe program to aquire, use premier elements, though I use cyberlink power director for video editing(and I actually bought it. it was $50 then, now it's a bit more). Same problem with uncompressed files though. Here is a fix. 90% of the time I couldn't tell the quality apart(it only failed once, and minor tinkering fixed that) and the file went from 4gb to 100mb. It's superduper awesome.
Top

Ah, shame I didn't have that back when I still had the original video

Would've saved me quite a bit of time and effort.

It's probably all for the better as I was considering redoing the video anyways- it was some gameplay from Dragon Nest, but there were a few derpy moments present that I assume were from server lag, so it was a bit strange at times. This time if I need any editing or compressing, I at least know which programs NOT to use

Adwuga is one delusional motherfucker.
Top

Freshbite... Are you feeling ok?
Top

He's feeling amazing. I love you too Freshbite.

I'm so fucking regretting I just said that...

I would too, if I were you.
Eheheh.
Top

And we shall forever remember this thread as the thread where Freshbite hit on adwuga.
Top

But there's so much else to remember about this thread!


Renegade_Turner wrote:Don't try to hard. Randomness is spur of the moment, not controlled. Randomness in true form is someone saying something stupid and/or weird without realising it. You can't can it.

The last time I played burnout I wrote: OOOOOH SHIIIIII 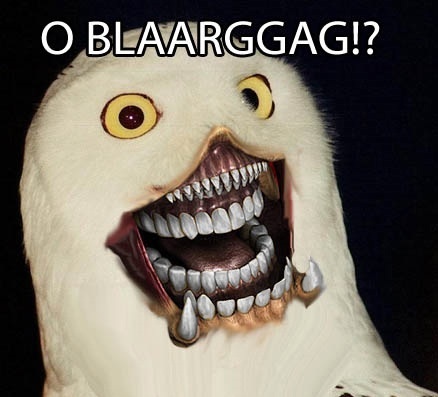 Grayswandir wrote:Nope, I'm 21, I was just trying to see how high I could get him to guess.


...and it goes on...
(This is taken only from the first 40 pages, too.. and now we're over 300.
Woah. We totally missed the opportunity to make Sparta references about two pages ago)
Top

Yeah. You guys sucked.
I even gave you the ticket for free and you still refused to board.
Top
Post Reply
8119 posts