Yeah that's what I figured. I'm not sure about the stock, it's barely noticeable when your aiming down the sights and it sticks into other inventory slots so I think it would be better without it. It could serve a purpose for less rotational recoil though, like it doesn't actually do anything but I can reduce the recoil. I'm open to any ideas! 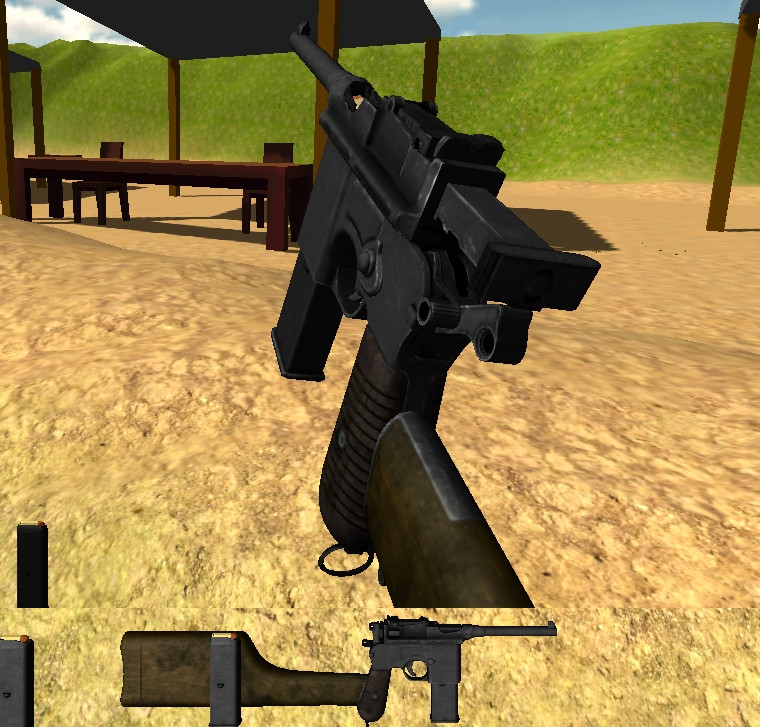 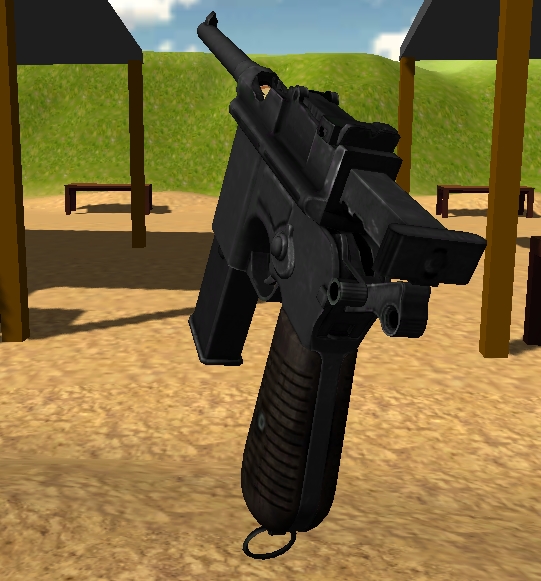 Josh707 wrote:Ah yeah that's right, the textures were named M1712 for this upgrade, I should have checked that out. I found this video of a model of this gun, with it you can just tap the slide forward and it will release, would it work the same on the actual gun?

Well it should work that way, if you watch here at pic 9 it kinda suggests it. However I actually wonder why this works because as you see (enlarge the pic to see properly) below the slide there is a metal part with 2 beards and while this thing gets pulled back by the energy of the slide in the moment of firing or manually by pulling it back i don't see anything which prevents the slide from returning in its original position (like it behaves in the vids). An educated guess would be the hook like thing on the left from the metal part with the beards, well maybe it's kinda not that important. By the way the model looks really really nice, looking forward to the update

Hmm, I'm not exactly sure what it would be either, the slide goes pretty far back so maybe it's just the hammer? I can't really tell but it seems like it's just high enough to get caught in one of those indents. For now I'll just have it be able to tap the slide with T like the slide lock or pull it all the way back and release it, I can always change it if we find new info about it. And yeah the model is pretty nice! The rest are too.
Top

I forgot to mention. If that Mauser M712 is ported from Red Orchestra 2, then you have one hell of a frankenpistol. First of all, at level 0 is not even a C96, but actually a 'Bolo' short barreled variant. The Bolo, like the C96, can't accept detachable magazines, or fullauto mode, not without extensive modifications, or by swapping the lower frame for an M712's one.

There's also a variant called the M30 or Model 1930 (thou some vendors call it the M711), which is semiauto only and uses detachable magazines.
Since that frankenmauserpistole you ported is not an M30 as you can clearly see the fire selector, I suggest you to several options:
1-Reenable the fullauto mode with:
a-Making it selectable like in the Glock, but without the stock on so it kicks more.
b-Making it fullauto only, like the Thompson, with the stock on so it kicks less (IRL, they still kick quite a bit in fullauto due to its high firerate), and with a functional safety.
c-Select fire, stock on, separate safety, like a real M712.
d-Idem option 'c' but without the stock.

2-Keeping it semiauto only, without the stock, with the safety and, if you don't mind, grounding off the selector switch somehow (or more like replace it with a rectangular piece).

Oh okay! I'll either go with 1c/d or 2, it's already working as you described for 2 but I might change it since there's a fire selector on the model. It'd be easy to remove though.
Top

Josh707 wrote:Oh okay! I'll either go with 1c/d or 2, it's already working as you described for 2 but I might change it since there's a fire selector on the model. It'd be easy to remove though.

Cool! If you go for a fullauto, you should know that the firerate on a M712 is around the 1000 rounds per minute, although other sources claim that it's between 850 and 950 rounds per minute. I dunno what is the firerate limit in Receiver.
Last edited by ArgenGuy on Mon Dec 16, 2013 2:03 am, edited 1 time in total.
Top

Ok, I can adjust the slide's speed so that shouldn't be a problem! I think the limit would be 1 bullet per frame, really fast shooting weapons will never be consistent unless your frame rate can keep up with the time. I'm not sure how to handle that, like RO2 uses a looping rapid fire audio clip for the PPSH so it doesn't stutter, in Receiver it plays again every time it fires so it will sound choppy if you're running slowly. I can run the game at 100+FPS on the range so I can at least try to get it capable of firing at it's proper speed though.
Top

Hey, i just had an awesome idea for your next gun, you should try to make an old colt SSA revolver. i think that it would be pretty slick.

Yeah, I want to add at least 1 revolver, they're fun to use. I don't know about that specific model but I plan on adding one. I'm getting caught up in my own projects so I've kind of been slacking with this, but I'm still working on it for a little bit most days, don't expect it any time soon!
Top

Hey Josh, I love your additions to the game. If Wolfire just ask nice enough, your weapons could indeed become part of the game without any hassle.

Since I'm not using any other mod than yours, I'd like you to implement some changes to add to the authenticity of the game. I loved how there was an echo in some of the stages because it added depth to the atmosphere, see if you can add more to the other stages.

If you want to make a HD-remix of the gun sounds, please do so. Some of the sounds are corky but some really feel like you're there on the range shooting.
For a good source of gun sounds I really recommend the old game Global Operations sound files for guns since they were recorded professionally. The actual gun sounds are somewhat corky, but the gun maneuver sounds are real. All the files are in wave format and can be grabbed from the installation folder if you find the game on the Internet that is.

Addition:
Trigger reset sound. If you hold the trigger down and follow through a shot, when mouse button is released you will here a gentle click sound for when the trigger is reset and ready for the next shot. You can already hear when slomo mode is activated how the slide sounds after each shot, but you can't hear it while the gun is shot without slomo mode. So it would probably be easy to program a small sound on mousebuttonRelease after the slide has gone back and forth.

Addition:
Your bolt rifle was great. A great addition for players who want that "innawoods" feel for taking down the drones. The rifle cartridges look as bad as the revolver cartridges though, which just feels odd.
There's a secret with bolt rifles that will add some realism to it. On most, there's a safety latch at the back of the bolt or near the trigger. I don't know the actual model used in game, but it looks similar to a mauser. But the extended magazine department hints that it's a rifle that should store more than 5 bullets.
And here's the secret. If you pull the trigger on a bolt rifle while the bolt is moved forward, the hammer is not cocked. This will put a round in the chamber, but not cock the hammer which renders the trigger useless.

I think it would be neat to see it happen in game when someone accidentally holds the trigger down while working the bolt and the hammer doesn't cock.

So if you hold the trigger and cycle the bolt, it should not be cocked.
Also, I'd like a way to hold the T button to prevent the casing from flying out while the bolt is pulled back. Because if you accidentally hold the trigger while cycling the bolt, you don't have to pull the bolt all the way back to cock the hammer, just a short 1½ inch or so.

As seen in this picture:

Behind and above the trigger and the yellow rod is a small notch which the hammer rests on as the bolt is pushed forward. The notch is pulled down when the trigger is puller as to release the hammer and strike the bullet.

And Josh, for us half noobs out there. Could you provide us with a stock model of a gun and tell us what program to run, I could make some nice models by watching youtube and then you could just use the scripting of already existing guns. You should also get a git-hub if you want people to add to your stuff.

There's some pretty interesting guns out there that could make the gun fun and challenging to play.
Top

I actually still haven't gotten the bolt-action rifle, and it's not available on the weapon select menu option. I know that I installed the update after the base files, so it should be in there.
Top

I recently discovered you can wall jump! Not sure why you can but you can. I manage to do it but walking into a wall letting go of W and hitting space. It's kinda hard to get it to work but I've found it useful a few times. I know its kind of hard to see in the gif here.

A doble barrel shotgun would be awesome.

Double barrel and an AA12 would be cool. It would be funny to have a mod where you get futuristic guns that have hopelessly complex reloading methods.