there should be a seperate mode from the story with multiplayer that has you create a rabbit, rat, dog, wolf, or other animal being avatar with its own clothes skin colors piercings and many customization options.
Top

I wouldn't mind even just a little customization for multiplayer that isn't co-op. It'd be pretty boring and awkward if there were 5 Turners running around.
Top

New member here, I didn't bother to read through all of that, but I do have some suggestions.

EDIT: Oh dear, this is a horribly bad necro, isn't it. I thought it was a sticky based on the title. Uh, I'll be on my way.
Top

Haha, no worries. Bows are one of the most commonly requested things, personally I'd prefer the devs to focus on throwing weapons instead of missile weapons. It's less safe, and easily leads into melee.
Top

What if each animal has a different fighting style, not just for weapons, but also for hand-hand combat? (for instance, the rats/mice would have karate, the rabbit bun-jitsu, the wolves can have kung-fu, etc)
Top

I think Overgrowth could use some awesome new mechanics: swimming, sharks, (from the comic, and they could be useful for armor) lock on camera...? and a optional dramatic camera for epic kills (like auto-slow motion on a skill kill), Finishing moves (like a stab to the torso, head, basically it'd be cool to see Turner do some pretty brutal finishers instead of the enemy just falling over, and by brutal finishers, I don't mean decapitation and gibs, I want it to be brutal, but not TOO brutal. Finish Him!)

Yeah, I think clothing would be amazing, I liked Lugaru's Turner, but I wanted to give him more personality than "shirtless man-rabbit out for revenge." Armor would be a cool outfit, maybe some hats. 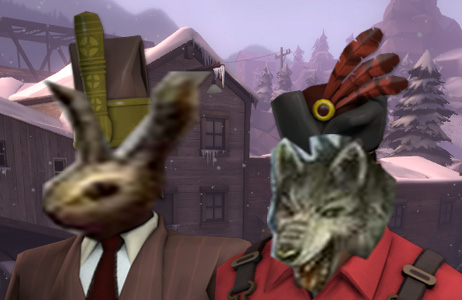 I think dismemberment would be pretty cool. Also, death from blood loss would add realism.
Top

Lugaru had bleeding damage. I don't remember if OG has it. It can be annoying, because if you don't realize you're bleeding you feel as if you just die randomly and get annoyed.
Top

A partner that could follow you and help you when you are fighting.
Top

Quite a bit of that already exists, actaully.

The only one that isn't really there is the trading thing. Because OG is level based, there is no market anywhere and the ability to purchase really good weapons before a certain level could break the David and Aubrey's ability to construct well-balanced levels.
Top

Not too bad, but it would depend on the story behind the arena. If the fighters are all gladiator-like slaves, then they would have neither money nor the freedom to purchase gear.

You could have each fighter paired with a sponsor, ala Hunger Games, who would go out and purchase gear for them, betting on the fight's outcome to earn that cash. Might be a neat feature.
Top
Post Reply
1959 posts